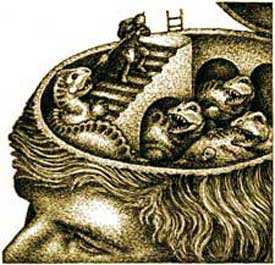 The Genius -- oops, I meant Mark Steyn -- rips another fastball out of the park. He points to Robert Fisk's continued muddled thinking regarding America's actions in the global war on terror:

...and similar, wishful thinking on the part of the BBC, CNN, the Guardian and friends. Consistently wrong and continually braying anti-American screeds, the Euros are now chanting a new mantra: America will be consigned to the dustbin of history by China. Steyn points out that influential Europeans have been peddling this tripe since at least 1768 (e.g., dePauw and Kant).

Steyn asserts that America doesn't want to turn cities like Basra into Vegas, but wish to provide succor to those who would reject Islamofascism in favor of greater personal liberties. And, as the vote has shown, the dead-enders are definitely not in the majority.

I hate to rain on Europe's parade, but …

at 4:55 PM
Email ThisBlogThis!Share to TwitterShare to FacebookShare to Pinterest