The Dilemma of the 9/11 Conspiracists 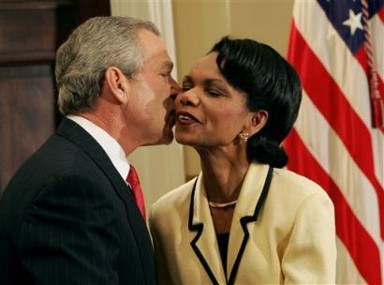 It's amazing to me that a few otherwise reasonable people still believe that 9/11 was a grand plot by the U.S. Government. According to this alternate universe club, 9/11 was intentionally fomented by the U.S. to incite a war for the Saudis or to boost Halliburton's stock price, take your pick.

Let's not mention the first World Trade Center attack, Bali, Beslan, London, Madrid or any of the other venues of extremist attacks.

Here's the real dilemma for the 9/11 conspiracists. They're primarily the same Left-bank eccentrics who think George W. Bush can barely tie his own shoes. Yet they've also depicted him as Grand Wizard of a neocon cabal, which was capable of orchestrating the greatest, most complicated coverup in history. A 9/11 conspiracy would make the grassy knoll version of the Kennedy assassination look like an impromptu puppet show run by nine year-olds.

Now, recalibrate this with President Clinton, depicted as infinitely brighter than W, who was unable to keep his dalliances with an intern off the front pages.

Not to worry: The engineers at Popular Mechanics have spent a great deal of time debunking all of the 9/11 myths:

at 6:30 AM
Email ThisBlogThis!Share to TwitterShare to FacebookShare to Pinterest