Storm of the Decade: 15 Freaky Photos and Bizarre Facts 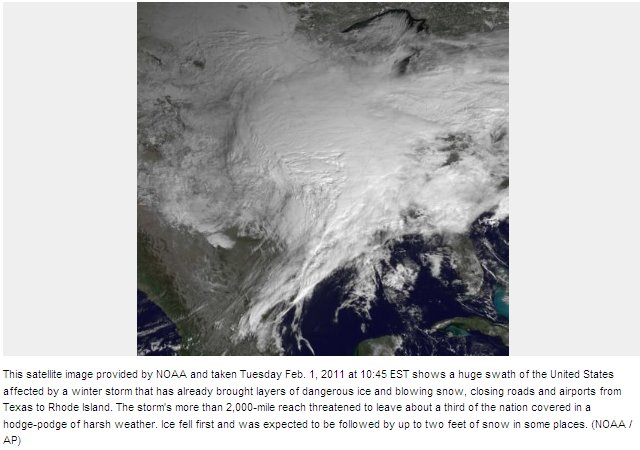 Several fun facts and exciting photos from the storm of the decade, which -- if you hadn't heard -- was caused by warmal colding. 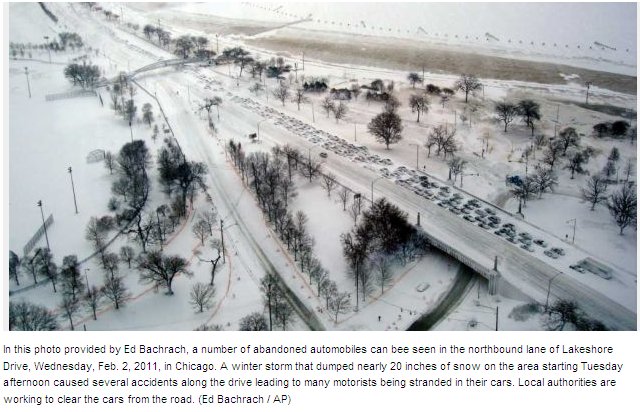 Man's abuse of the planet is getting out of hand if this spastic episode of global warming climate change catastrophic climate variance is any indication. 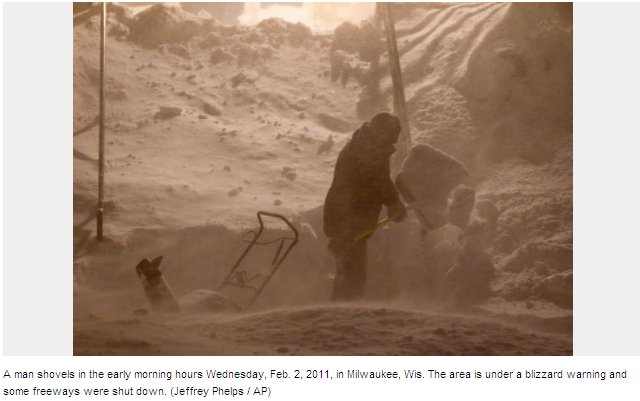 Some interesting facts from the 'storm of the decade': 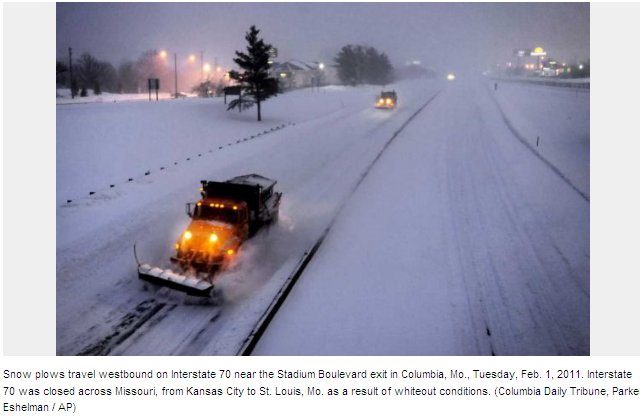 NASA called the storm "one of the largest winter storms since the 1950s." 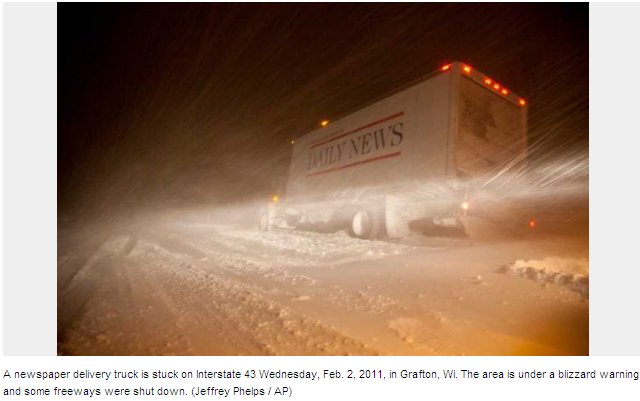 The 13.2" measured in Tulsa breaks the 1-day record. Oh, and it also broke the record for most snow during the month of February, all in one day. 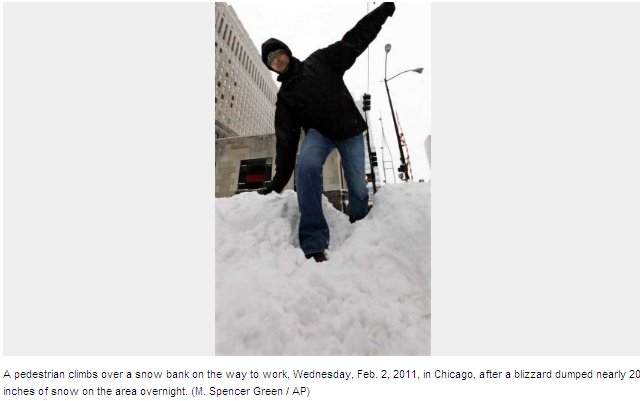 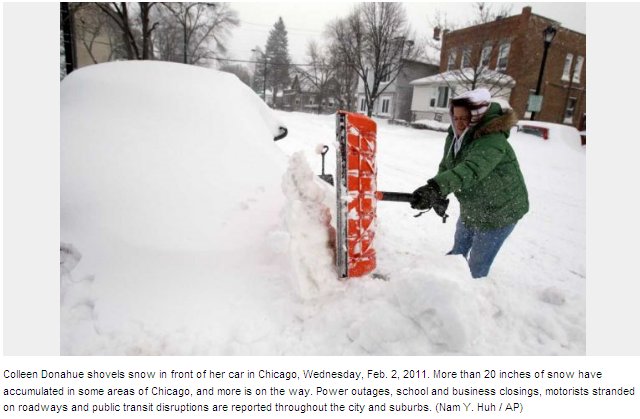 In 90 minutes, five inches of snow fell in Miami, OK. 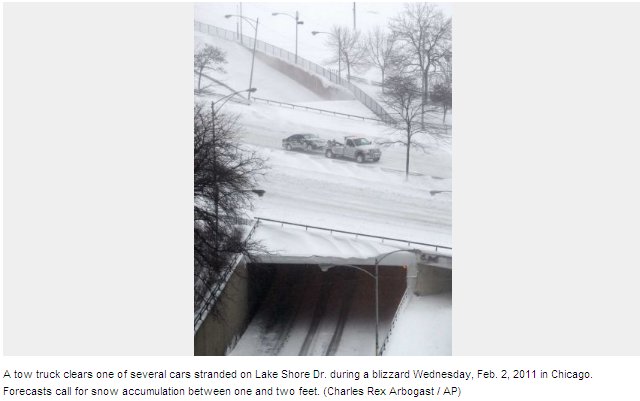 At the height of the storm, two to three inches of snow fell per hour in Chicago. 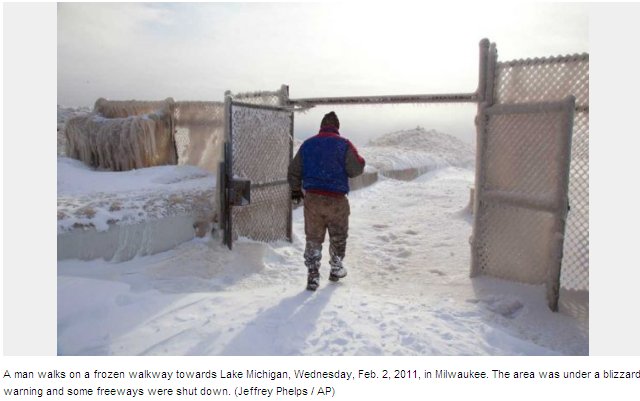 Wind chills as low as -36 were recorded at Boise City, OK -- the lowest wind chill recorded by the Oklahoma mesonet. 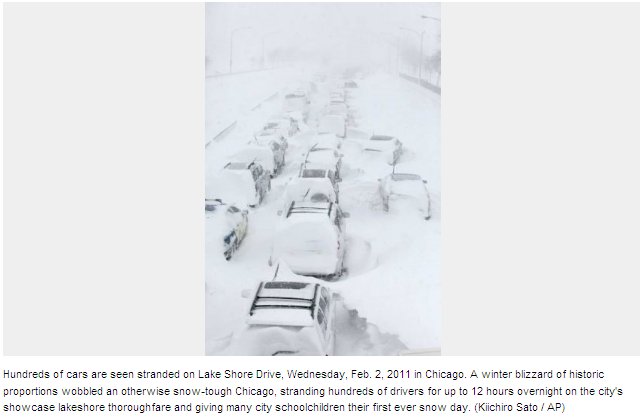 The storm was blamed for more than a dozen deaths before Thursday. 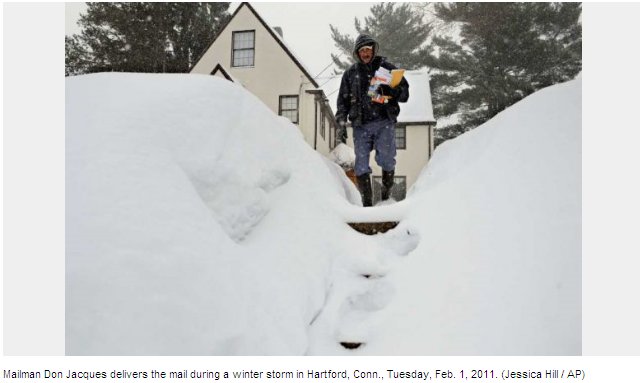 Wind chills dipped to nearly 30 below zero in areas throughout the Midwest. 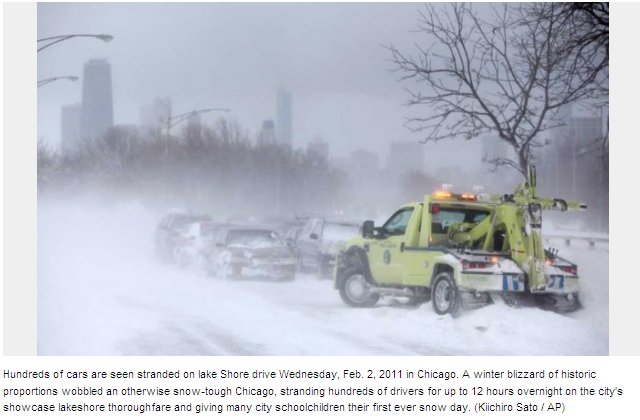 In northeastern South Dakota, passengers in more than 150 vehicles were rescued by officials after becoming trapped by snow driven by high winds. 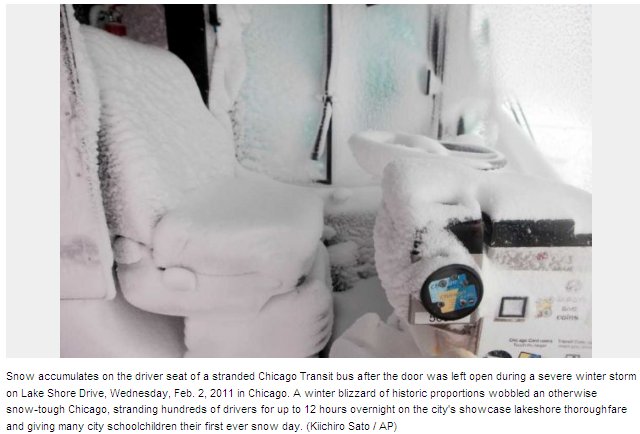 Ice was blamed for a 15-vehicle chain-reaction crash in southeastern Louisiana that -- fortunately -- resulted in few minor injuries. 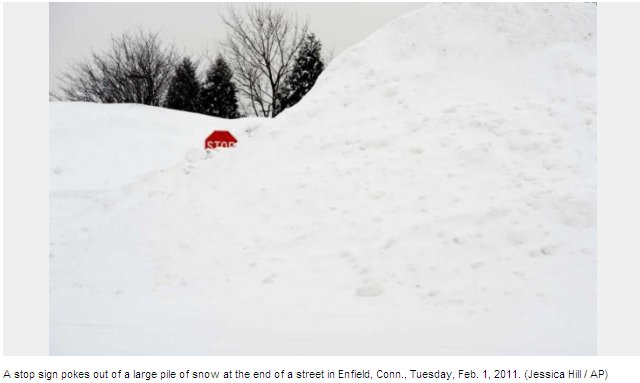 Freezing temperatures delayed the Phoenix Open in Scottsdale, AZ, and led to school closures in parts of New Mexico. 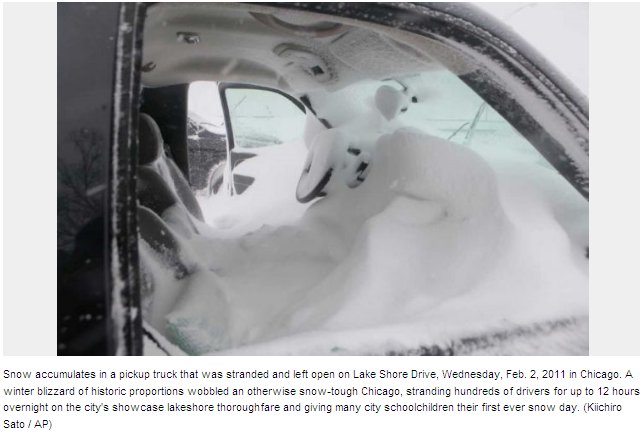 It's still stunning to me how cold all of this global warming is. I thought when they said 'global warming' that meant I could go buy a convertible for my jaunts on Cape Cod. I guess I didn't read the articles closely enough.

Yep. And that's why Obamandius is going to raise all our fuel costs so we can freeze like the rest of those sophisticated EUrotards. He cares. He's saving us from Thermageddon.

I still run into people that have no knowledge of the Emails, false, fabricated and hidden data. They fully believe the Al Gore fantasy and any attempt to discuss the subject is treated as an attack on their religion.

"Snowfalls are just a thing of the past"


Dr. David Viner of the Climatic Research Unit (CRU) of the University of East Anglia
{circa 2000]