'Progressives' Believe Strongly in the Separation of Church and State. Except, Of Course, When It Comes to Abortion.

If the ramifications weren't so diabolical, the hypocrisy exhibited by Democrats would be laughable.

It has not even been two years since Obamacare was enacted, and already the President’s health care law has taken another victim — the religious freedoms Americans hold dear, as reflected by the First Amendment. 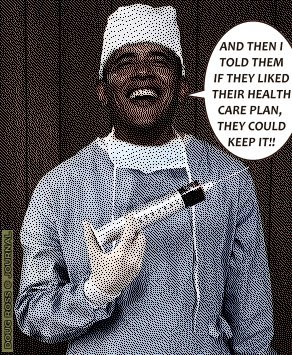 The Obama Administration recently reaffirmed a rule under Obamacare that requires many religious employers to provide health care coverage for all FDA-approved contraceptive methods, sterilization procedures, and related education and counseling. On the grounds that certain FDA-approved contraceptive methods can sometimes “cause the demise of embryos both after and before uterine implantation,” many groups also believe that the rule forces them to cover abortion.

The United States Conference of Catholic Bishops is calling the contraception mandate an “unprecedented” attack on religious freedom. And in statement after statement issued in diocese after diocese, many bishops are publicly declaring that they “cannot” and “will not” comply with “this unjust law.” As Cleveland Bishop Richard Lennon explained, “Unless this rule is overturned, Catholics will be compelled either to violate our consciences or to drop health care coverage for our employees.”

It’s not just Catholics affected by the rule, however. Leaders from other faith traditions have expressed their concern, and the Becket Fund for Religious Liberty has already filed a lawsuit on behalf of an interdenominational Christian college that objects to providing abortion and related education and counseling in its health care insurance. “The mandate is un-American, unprecedented, and flagrantly unconstitutional,” says an attorney for the college.

As shocking as the Obama Administration’s action is, it should not come as a surprise. Heritage experts explained years ago that freedom of conscience in health care is closely linked to greater personal freedom over health care decisions. Health care expert James Capretta says that “it was inevitable — only a matter of time,” now that the government is calling the shots and making health care choices for the American people. “Just the sight of Catholic leaders’ being forced to go begging before federal officials ought to be enough to convince most Americans that handing over so much power over such sensitive matters to the federal government was a terrible, terrible mistake,” he writes.

The leaders of the Catholic Church could begin their fight by excommunicating Nancy Pelosi, Kathleen Sebelius, and any other Catholic members of the Democrat Party who support this outrage.

At least NINE Catholic Senators on the list above signed a letter addressed to the Komen Foundation encouraging them to reconsider withdrawing financial support from Planned Parenthood.