IRANIAN MILITARY PHOTOSHOPS: They're Not Even Trying Any More

Having been caught Photoshopping missiles, naval vessels, tanks, and everything in between, you'd think Iran's government would have become a bit more careful when disseminating bogus photos.

And you would have thought wrong.

Oh, Iran. Your Qaher 313 stealth fighter jet sure looks intimidating but it will never get off the ground. So why do you insist on tricking everybody into thinking that the beast can fly? Iran's latest transgression is especially hilarious: they've photoshopped the Qaher 313 onto a stock image of Mount Damavand to make it look like it's flying. 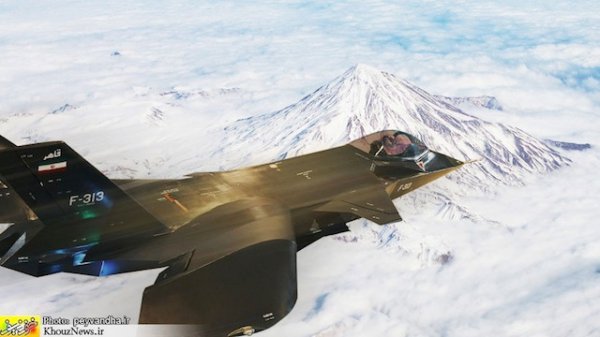 Seriously, the stock image that Iran used of magestic Mount Damavand can be found at PickyWallpapers.com. If you brighten up the picture a little bit, it's the SAME EXACT THING. Iran floated the picture with the Qaher 313 superimposed on the mountain to "prove" that the fighter jet could fly.

In that spirit, I offer the following terrifying new Iranian military capabilities, emailed to us by undercover operative Deep Spackle from an undisclosed location in Iran.