"Win first, fight later." This is the latest establishment bumper-sticker that passes as wise insight. Of course, they neither win nor fight when it comes to the left.


For example, for years the Republicans participated in funding Obamacare while scheduling vote after vote and pretending to repeal it. That was supposed to mollify you. It was pure deceit. Every bit as deceitful as Obama's serial lies about keeping your health insurance if you wanted to. 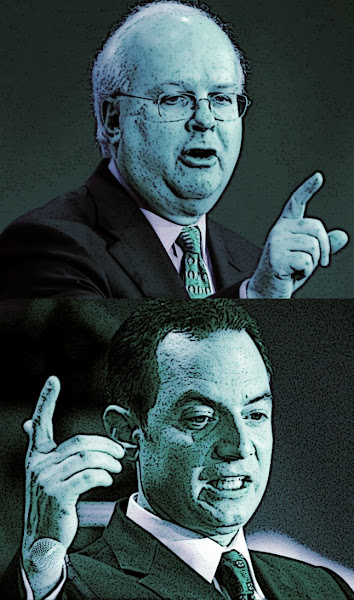 Having lied repeatedly about its own tactics, the GOP establishment became unhinged when Ted Cruz and Mike Lee exposed its fecklessness and dishonesty by insisting on waging a real procedural and substantive effort to slow or defund or do something about the most outrageous law in our lifetimes, Obamacare. Imagine that.


Rather than unite behind these two senators, the Senate leadership and its loyal fanatics sought to assassinate their character. When the GOP leadership is engaged in a monumental charade, "backbenchers" are to go along and keep their mouths shut. They're to know their place. Of course, the game was up when the same Republican leaders who scheduled one show vote after another for supposed repeal were now claiming they couldn't do squat. So, their ruse became their defense.


Now that Obamacare is marching through our health care system as Sherman marched through Georgia, reaching into one home and business after another, and Americans are up in arms, the mighty GOP leadership is at it again. You see, if only 17% of the federal government hadn't been closed for 16 crucial days during the initial implementation of Obamacare, the fault of Cruz and Lee, of course, not the Democrats and Obama, the American people would've been more focused on the launch of Obamacare, and these objections would have been raised or known earlier.


Huh? In other words, by Cruz trying to focus the nation's attention on Obamacare and linking it to the last crucial budget and spending deadlines in a 21 hour floor speech before its actual launch, Cruz distracted the nation from ... Obamacare? You have to hand it to the GOP establishment. They spin like the best of the Democrat left. More deceit.


Today these same GOP establishment geniuses are as confused as ever. "Let the health system implode, then the GOP will take back the Senate." This is what passes as statesmanship in Washington. Well, millions of Americans are suffering now so this is hardly advice but an acknowledgment of fact. There's nothing the GOP could do after October 1, which was the point!


For the GOP establishment, this is all about politics and power now. Sit back, comment on the anarchy, attack the conservatives and Tea Party as purists obstructing a brilliant GOP grand plan of do-nothingism that had been launched pre-Oct.1, while the nation goes through convulsions. This is the surest way to GOP resurrection. Maybe. But the nation is bleeding.


And if or when they take back the Senate, having nothing to do with any GOP principle but as the only option for the public's fury with the Democrats, then what? What exactly will Mitch McConnell and John McCain do about Obamacare, the basis for this new majority status? Will they use their complete control of the purse strings to confront Obama? Of course not. Obama would say "boo" and accuse them of extortion and threatening to shutdown the government. The leadership's cheerleaders would sing "do nothing" like chorus line girls. We just went through this. Besides, McConnell has already surrendered, making clear the awful so-called government shutdown will never happen again. In fact, he has even suggested granting Obama effective control over the debt ceiling, but only temporarily of course. (It is truly odd what animates this man. He's most certainly the weakest Senate Republican leader since Hugh Scott.).


No, what's needed now is the presidency. But not a conservative purist like Cruz with his links to the hated Tea Party. The GOP establishment insists he and they cannot win. (Of course, Cruz won a spectacular election a year ago, but never mind; McConnell and the boys are busy working him over in hopes of preventing his viability.)


Which brings me to Chris Christie! Like Mitt Romney and McCain before him, he's the new great establishment hope. He's the new "he can win" candidate. And it is said if he can win in New Jersey his national appeal is obvious. As New Jersey goes so goes the nation! (Did I mention that Abraham Lincoln lost New Jersey in 1864?)


Yet, Christie refused to sign any of the briefs challenging Obamacare and is among a handful of GOP governors moving quickly to implement it. As time will reveal, despite all the propaganda, he's another big government Republican bragging how he can get big government things done with a bipartisan majority! Wonderful! Rah- rah! Obamacare here forever!


The truth is the members of the Republican old guard are all but useless. They wake up and engage when their own re-election is threatened and their precious hold on power is challenged. They are dug in, petty, and self-serving. They have no strategy or principled vision. I'll have more on all this when I return to radio next week. Thanks for allowing me to vent.

Listen to the Mark Levin Show each weeknight.

"The truth is the members of the Republican old guard are all but useless..."

Worse than useless. Much worse. They are free agents, working for no one but themselves, and available at a price to do anything.

Democrats In All But Label Only

All governments since time immemorial have been oligarchies. The Republican Party has found its place at the table and the vittles are right tasty. Don't you sh*t in their mess kit you Tea Party troglodyte you.

From the people who gave us Dole, McLame and Mittens, they are the ones who have queered the gene pool, stunted the growth of Liberty and selected candidates for their own brand of Special Olympics.
Drive them out!