Bill Binney is the high-level NSA executive who created the agency’s mass surveillance program for digital information. A 32-year NSA veteran widely regarded as a “legend” within the agency, Binney was the senior technical director within the agency and managed thousands of NSA employees.

Binney has been interviewed by virtually all of the mainstream media, including CBS, ABC, CNN, New York Times, USA Today, Fox News, PBS and many others... 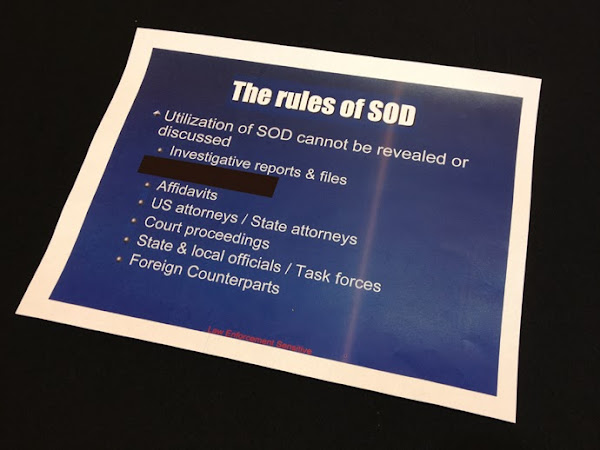 ...today, Binney told [us that] the government is spying on virtually everything we do.

This is a bigger deal than you may realize, as legal experts say that there are so many federal and state laws in the United States, that no one can keep track of them all … and everyone violates laws every day without even knowing it.

The NSA also ships Americans’ most confidential, sensitive information ... so they can “unmask” the information and give it back to the NSA … or use it for their own purposes. 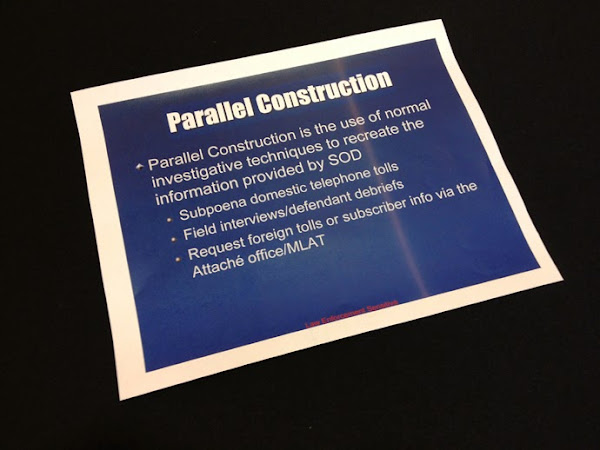 The main use of the collection from these [NSA spying] programs [is] for law enforcement. [See the 2 slides...].

These slides give the policy of the DOJ/FBI/DEA etc. on how to use the NSA data. In fact, they instruct that none of the NSA data is referred to in courts – cause it has been acquired without a warrant.

So, they have to do a “Parallel Construction” and not tell the courts or prosecution or defense the original data used to arrest people. This I call: a “planned programed perjury policy” directed by US law enforcement.

And, as the last line on one slide says, this also applies to “Foreign Counterparts.”

This is a total corruption of the justice system not only in our country but around the world. The source of the info is at the bottom of each slide. This is a totalitarian process – means we are now in a police state.

[Above are the] slides which Binney pointed us to... SOD stands for “Special Operations Division,” a branch of a federal government agency.)

Please allow me to highlight the salient points:

• The NSA seems to be willfully violating the Fourth Amendment rights of U.S. citizens by casting an all-seeing net of data collection over all 300-plus million Americans.

• The NSA appears to then turn over its illegal, domestic data collections to law enforcement agencies operating inside the borders of the U.S.

• Law enforcement agencies then commit "planned, programmed perjury" by "pretending that they got the information in a more legitimate way … and to hide that from defense attorneys and judges."

This scandal appears to be the worst in modern American history. It is a violation of virtually every aspect of the nation's highest law and founding principles.

So this is how the guy with Florida plates got pulled over in MD and was basically terrorized on the side of the road because he had a CC permit for a gun in FL?

Perfect. Because everyone knows a faceless unelected and unaccountable group of people with this kind of power would never abuse it. Ever. Right?

Welcome to "GEORGE ORWELL'S OMERICA"
So until OBAMA IS IMPEACHED get used to it.

So, the US Government spies on everyone?

That's like saying water is wet, the sun is hot, and the sky is blue:

BTW: Still trying to find "privacy" in the US Declaration of Independence, Constitution, or Bill of Rights.. it ain't there.

@Anonymous 4:09 -- You don't need to look that far. "The right of the people to be secure in their persons, houses, papers, and effects, against unreasonable searches and seizures, shall not be violated..."

It's that "shall not be violated" part that usually causes confusion, right?

Anonymous said...
Welcome to "GEORGE ORWELL'S OMERICA"
So until OBAMA IS IMPEACHED get used to it.

except that this started under BushII.

progressivism is the disease and must be yanked out by the roots.