NOTHING TO CUT: Meet the Multi-Millionaire Who Collected His Dead Mom's Social Security Checks for 23 Years 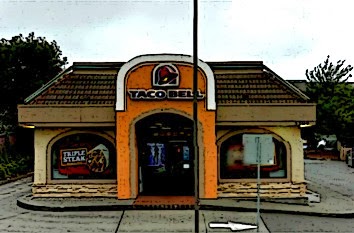 According to a December Government Accountability Office (GAO) report, SSA systems do not accurately note and confirm the deaths of beneficiaries, resulting in payments being made to dead people—sometimes for decades. The flawed system doesn’t just impact Social Security payments, either. Multiple other federal agencies that pay benefits—from federal pensions to payments to farmers and the disabled—rely on SSA’s flawed death data.

Collecting Dead Mother’s Social Security for 23 Years. Raymond O’Dell made news this week when he was sentenced for collecting his dead mother’s Social Security benefits for 23 years. O’Dell collected $188,000 in benefits, while building a successful Taco Bell franchise. His accountant put his net worth at $4 million (including $431,000 in cash). This week, he was sentenced to pay back the benefits, along with a $20,000 fine, and will serve six months in prison.

O’Dell is not unique. In Washington state, U.S. Attorney Jenny Durkan convicted five people for collecting a dead parent’s Social Security benefits. One man personally disposed of his mother’s body in a rural area and never reported her death; he collected her benefits for 9 years. More examples are cited in the SSA’s “Deceased Payee Fraud; Strange But True,” released this month.

As Durkan noted, “Cheaters shred the safety net for those that really need it…and need to know prison and hefty fines wait at the end of the scheme.” The SSA has the Office of Inspector General Fraud Hotline for reporting suspected fraud. That’s good, but it isn’t enough.

Getting a Handle on the Problem. The SSA receives and processes death reports from a variety of sources, including states, family members, funeral directors, post offices, financial institutions, and other federal agencies. It’s a big job: In 2012, seven million deaths were reported to the SSA; overall, they manage the death records for some 98 million people.

The GAO reports that the agency does not verify the death reports from all of its sources. The SSA has no clue how accurate the unverified reports are because, according to the GAO, the agency has “never performed an analysis validating the accuracy of the various sources of death reports.”

The GAO checked on a random sample of the SSA’s death reports and found problems:

The GAO made some recommendations on how to improve the SSA systems, and maybe things will improve. It should be noted that, while the GAO focused on the SSA’s struggles with the death reports it received, Raymond O’Dell and a slew of others kept their relative’s death from being reported.

In the omnibus appropriations Congress passed this week, they offered their usual solution—more money—increasing the agency’s budget by $651 million. Oklahoma’s Senator Tom Coburn (R) and a few others are pushing the SSA to fix this and other fraud in benefit programs. As The Wall Street Journal notes, these members “are voices crying in the wilderness” as Congress focuses on spending more money, not making existing agencies and programs work better.

Nancy Pelosi told us there was nothing more to cut. There couldn't be any waste or fraud.