Benghazi: Former CIA acting Director Mike Morell might be recalled for testimony to determine if he misled Congress and doctored the White House response to a terrorist attack to ensure President Obama's re-election. 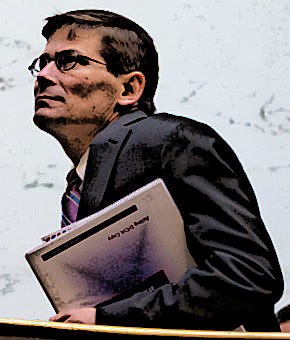 The administration's tangled web of Benghazi lies might be unraveling some more. House Intelligence Committee Chairman Mike Rogers, R-Mich., has told Fox News that Morell, a former deputy director and twice acting director of the Central Intelligence Agency, will likely be recalled to testify.

The recall comes after new charges surfaced that Morell misled Congress about what he knew regarding the 2012 Benghazi attack and when he knew it. There are also questions about his role in altering the talking points about the attack on our diplomatic mission to benefit Obama's re-election campaign and former Secretary of State Hillary Clinton's 2016 presidential run.

On Thursday, three senators who met with Morell and Susan Rice in late 2012 called for the former U.N. ambassador to testify before Congress as well.

Rice, now national security adviser, appeared on five Sunday talk shows five days after the attack, blaming it on protests. She recently reiterated that the talking points were based on the best-available intelligence.

We knew that was not true, and we now know Morell knew it was not true. As Sen. Lindsey Graham, R-S.C., has noted, ample intelligence on the night of, and in the days after, the attack indicated there was no protest.

The recently released bipartisan Senate Intelligence Committee report on Benghazi, which called the attack "preventable," notes that four days after the attack and one day before Rice filled in for an ailing Clinton, Morell and others received an email from the CIA station chief who was on the ground in Libya. He reported the attacks were "not an escalation of protests."

The report also says that on the same day as the email, Morell twice edited the talking points, producing what became essentially their final version. He removed references to known terrorist groups and identified a nonexisting demonstration as the cause.

Had the talking points not been altered and the truth been made known, the administration's false narrative that al-Qaida was defeated would have been exposed, hurting Obama and Clinton politically.

There are hints Morell has higher political ambitions, such as a post in a Clinton administration. As the line goes, he had the motive and opportunity to lie about Benghazi. Soon he'll have a chance to finally tell the truth.

I shake my head daily @ how the end justifies the means.

Is it a co-incidence that Morrell quit and, now works for Clinton in her newly formed Initiative"? Hardly!
Once thing I'm curious though: David Petraeus.
I'm still not quite sure why they set him up and, expose his adulterous affair which, was known to Obama and crew a year prior and, still confirmed as CIA director. I do know that Obama wanted his 'islam converted' Brenner buddy to run that same agence but, why use Petreaus only to set him up? Sure, Brennan was involved in 'worldwide black ops causin a great number of people killed but, why notgive the CIA position to him instead of Petreaus.
Remember, Brennan is the guy who 'scrubbed' obamas passport information during the 2008 campaign which was followed by LT. John Harris - who was scheduled to share thatinfowith the FBI only to be murdered so as not to be able to meet with them.
The Petreaus short stint at the CIA just does not make since although, he lied at first when he too said that the terror attackin Benghazi was due to a demonstration at first.
Petreaus participated in the Bilderberg meeting in 2013 - not sure why.
We hope they keep digging - we need to find the truth but, I have to agree with someone who said: Nothing good happen until this guy in the white house is gone!