ACORN PART DEUX: Obamacare Navigator With History of "Breathtaking" Fraud Gets Millions From You

NASHVILLE — The federal government is giving an Obamacare insurance navigator Seedco, which has a reported history of fraud, $1.4 million to operate in Tennessee this fiscal year 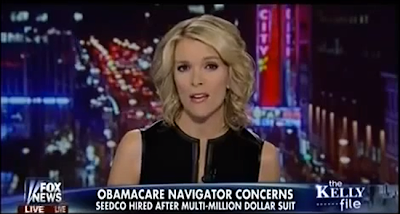 As reported, the federal government sued Seedco on the grounds it faked at least 1,400 of 6,500 job placements under a $22.2 million federally funded contract with New York City.

Seedco, according to National Review, had to settle that lawsuit.

Alicia Hartinger, spokeswoman for the federal Centers for Medicare and Medicaid Services, which oversees the navigator program, said Friday the $1.4 million is for a 12-month cycle.

Seedco, Hartinger added, had to compete for the money against other potential navigators, although she didn’t say how many.

“Seedco has taken swift and thorough action to safeguard against fraud and has instituted significant staffing, policy and programmatic changes across the organization,” Hartinger said.

Seedco staff members wouldn’t have received the money had they not successfully demonstrated their ability to comply with privacy and security standards, Hartinger said.

Seedco spokeswoman Lisa Stein said Friday the nonprofit plans to use the money to educate Tennessee residents about available health plans and premium tax credits under Obamacare, among other things.

“Given the enormous responsibility to handle sensitive data in a careful, neutral manner, combined with the overwhelming pressure to boost Obamacare enrollments, you’d think the feds would choose only navigators with the most impeccable records,” Malkin wrote.

Malkin said Seedco personnel tried to defame a whistleblower who reported rampant falsification of data in the New York Times. Malkin wrote she doesn’t buy Seedco’s claims that they’ve cleaned up their act.

“An ethos of by-any-means-necessary book-cooking and a culture of intimidating whistleblowers don’t disappear overnight,” Malkin wrote.

“Seedco shredded documents for three years to phony up their job-placement statistics; city government overseers knew about it. The Nonprofit Quarterly noted that Seedco’s fraud was “kind of breathtaking” in its ‘creativity and illegal audacity.”