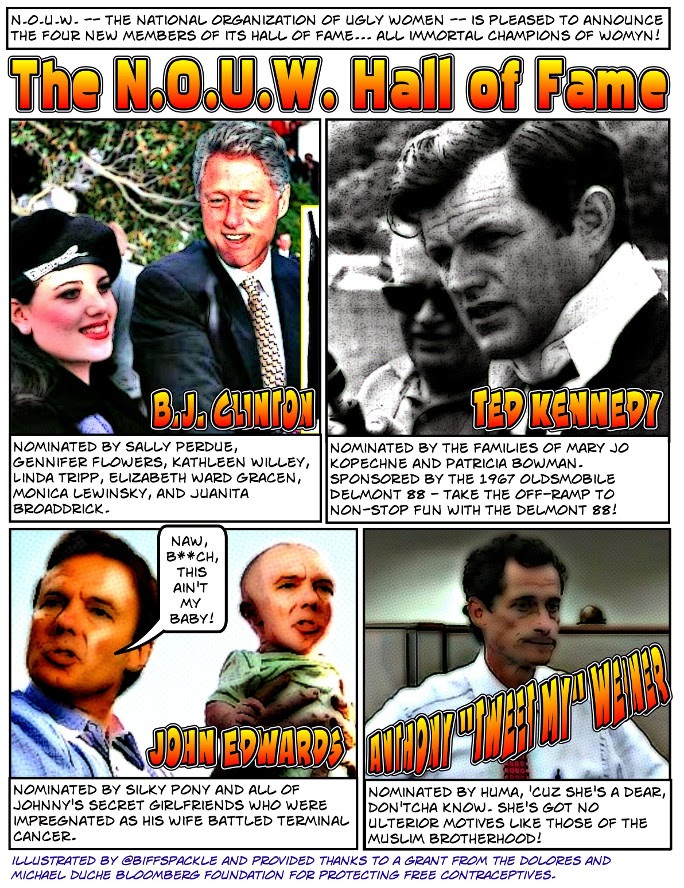 Should we add Janay Rice to the Hall of Fame, or to the Hall of Shame?
...because a good place to continue is Ray's heifer.
A professional athlete won't marry a tender brainiac, he’s into a bitch because she has some of the right stuff, it needs to be that way if there’s going to be a successful relationship. She went after him first and got more than she bargained for – tough luck for Janay, Monica, Mary Jo, Rielle, Danielle, and Huma.
Women have been placed in combat, championed as the breakers of the glass ceiling, and Sandra Fluke has sex everyday on your dime, - it's only fair to say “beat it” to the nattering crowd and move on.
God knows how many men have been cut down by angry women, women who know that if they play the victim card they are untouchable. Ray's video is really an equal rights video and all the libbers who sit on washing machines need to celebrate Janay's beatdown as an equal rights moment and moveon.
The Paleo Diet is an equal opportunity experience.

Well, Janay had her nose broken before, how'd that happen?
When two friends go after each other it's nobody else's business. But aggressive women are a handful too:
http://thesmokinggun.com/documents/crime/seattle-woman-charged-with-rape-768901