Hard-charging radio commentator Mark Levin is sick of waiting for the Republican Party to nominate a conservative for president, and today, he outlined his plan to accomplish just that. 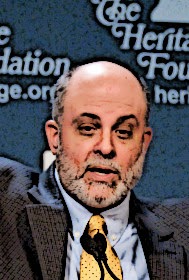 Speaking at the Values Voter Summit in Washington, the talk radio giant and bestselling author issued a call to action to the crowd of social conservatives, prescribing a grassroots movement to elect a conservative to the White House in 2016.

Levin lamented that Americans under age of 50 haven’t yet had the chance to vote for a true conservative such as Ronald Reagan for president and called on conference attendees to spend the next six months laying the groundwork for the 2016 election.

“From an election perspective, it keeps happening,” Levin said. “The Republican establishment picks off conservatives.”

To prevent this from happening during the presidential primaries, Levin called on conservatives to rally behind one or two candidates who are “articulate, intelligent, charismatic.”

Once that occurs, he said, the grassroots need to rally behind those candidates.

Although the November midterm elections that could return the Senate to GOP hands are still on the horizon speculation already runs rampant regarding who will seek the White House in 2016.

Although Democrats have begun to rally behind Hillary Clinton, some look for alternatives to her left such as Sen. Elizabeth Warren, R-Mass. Republicans so far have a wide open prospective field that includes Sens. Ted Cruz of Texas, Rand Paul of Kentucky and Marco Rubio of Florida; former Florida Gov. Jeb Bush and even Romney, the 2012 nominee.

Levin noted the significance of the midterm elections to the just-announced resignation of U.S. Attorney General Eric Holder.

The radio host said he fears that should Republicans win the Senate — the party needs to net only six seats to do so — Senate Democrats will “ram through” confirmation of Holder’s successor during the post-election lame duck session.

“Republicans can’t do anything to derail that,” Levin said.

Holder, in announcing his resignation Thursday, said he would remain until his replacement wins confirmation.

The other 'simple plan' is to starve the GOP out of existence. They are as great an opponent to conservatism -- if not worse -- than democRats.

While I listen to Levin and respect him I am confounded by his insistence on a constitutional convention. How will such a convention remedy a government that will adhere to any law? Further, Levin has an odd vision of conservativism. Anyone he disagrees with becomes a neo-confederate, bircher or the like. Sorry, he can climb into his little tree house and craft his club. Its not very large, and doesn't seem to be very roomy.

He is in his own way a RINO. Too bad.

Don't confuse people; the RINOs are no more than a deluded pain in the ass, a group of 1950s liberals.

Don't blame Levin. He is trying to figure out a method, within the legal bounds of the Constitution, to restore the republic. Pray he generates enough interest in it to try it, because the only other effective alternative to restoring our freedoms is violence. We blew it.

For what Mark wants to happen, and I'm 100% getting behind a candidate early, conservatives would need some one like Mark and Rush(who is a pussy and would never do it) to come out and say, for example, Cruz and Jindel best represent both our best chance in 2016 and our values.

So all the Santorum and Huckabee and Walker supporters need to STOP and get behind either Ted or Bobby.

The left dominated media, who want a farking 3 ring circus at every debate would savage this. Also every Walker supporter(or whoever) would also balk.

Plus you can bet your last donut, Rove and his ilk will be behind the scenes doing what ever they can to get Jeb the nod.

The ONLY way is to take our ball and nominate Cruz in The Constitution Party because the GD Republicans are almost as bad as the dems. Yes, it means Hillary but it also will show the establishment GOP they're toast without the base. The fledgling Republican Party lost in 1856 but came back and won in 1860.

A party FIRMLY espousing conservative values, a sound currency and a strong military will draw even dems like RR did.

The question is, where's the leader to do this?
MM