ONLY ONE BENGHAZI SCANDAL QUESTION REMAINS: Who Gave the Stand Down Order, Hillary or Obama?

Scandal: Despite the administration's claim, the CIA operatives who fought for their lives and others' from a rooftop say that a stand-down order may have cost four Americans their lives while their ignoring it saved others. 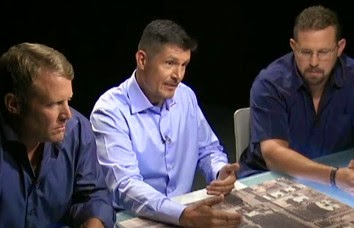 Kris Paronto, Mark Geist and John Tiegen, three CIA contractors who on the night of Sept. 11, 2012, battled with terrorists from the roof of the CIA's Benghazi annex building, would beg to differ with the Obama administration, the CIA and several congressional committees. They say there was an order to stand down that delayed their response and possibly cost the lives of Ambassador Chris Stevens and three other Americans.

In a bombshell interview with Fox News anchor Bret Baier aired last week, the three members of the annex security team, whose credibility was etched in blood on that rooftop that fateful night, say they had a team assembled and were ready to proceed to the besieged consulate within five minutes of notice of the attack. They were held back by the top CIA security officer in Benghazi, they say, an officer identified only as "Bob."

"It had probably been 15 minutes, I think, and ... I just said 'Hey, you know, we gotta — we need to get over there, we're losing the initiative,'" Tiegen told Baier in the interview. "And Bob just looks at me and said, 'Stand down, you need to wait.'"

Why "Bob" gave that order or whether he was just passing on orders from superiors was not discussed, although it is a crucial question that makes a big difference in the true narrative of that night. After 30 minutes of waiting, Tiegen and the security team headed for the consulate while asking for air support, any kind of air support, even an F-16 buzzing the compound.

Paronto said that without the delay, "Ambassador Stevens and Sean (Smith), yeah, they would still be alive, my gut is yes," adding that "I strongly believe that if we left immediately, they'd still be alive today."

There was even a second stand-down order, according to the trio in their book, "13 Hours: The Inside Account of What Really Happened in Benghazi," written with Mitchell Zuckoff. After Tiegen insisted they had to leave right away, "Bob" told them to "hold up" because "we're going to let the local militia handle it." It was an incredible order, one telling Americans not to rescue Americans.

Had Stevens and Smith been successfully rescued with a half-hour delay, the entire scenario of that night would have been quite different.

Perhaps we would be recounting the successful evacuation of all involved instead of the deaths of four Americans, including Tyrone Woods and Glen Doherty, former SEALs and then CIA security contractors who died on the annex roof fighting the terrorists.

As it was, disobeying the stand-down order saved lives. The group managed to rescue the five other Americans at the consulate.

"There could have been seven dead Americans instead of the two" at the consulate, Tiegen told Breitbart News in a Monday interview.

Then there are the 20 or more Americans who were able to get out of the annex, then out of Libya, after the annex firefight.

History is full of wouldas, shouldas, couldas. It is also said that history is a lie agreed upon, such as the inflammatory video fabrication put forth by the White House team at the time — Secretary of State Hillary Clinton, U.N. Ambassador Susan Rice and President Obama.

It was a lie repeated to the parents of the dead in front of their sons' caskets as they arrived at Maryland's Andrews Air Force Base.

Tiegen, Paronto and Geist say it is a lie that there was no order to stand down. What difference does it make now? The truth always makes a difference.

Neither Hillary or Obama - it was Jarrett

Both are incompetent frauds.

I agree with what "FineReport" said, except I would add that since they lied for each other, they both own it equally (as do any others who abetted them).

does it matter ???4 Americans are killed by terrorists ,and, then the president lies about the killings
Get your head out of your rear ends... the community organizer ,messiah , no longer walks on water

Where was the convoy that arrived an hour late? Could have changed everything.