THE ANTI-WAR LEFT: Now Appearing on Milk Cartons Near You

Rush Limbaugh describes the rank hypocrisy of the leftist establishment: 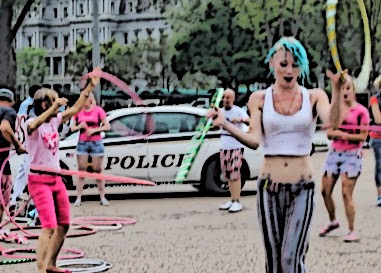 An American president was launching bombs, dropping bombs on potentially innocent citizens. And where was the peace movement? Where were the peace protests? They were nowhere. I was told, "Well, that's because they're worn out from the weekend's activities protesting climate change." ... "According to the Washington Post, only 22 anti-war activists protested near the White House this week, and 'it was the latest display of how Obama has neutralized the left.' Left-wing activist David Swanson, 'who voted for Obama in 2008...' told the Post that 'if George W. Bush were launching wars with Congress out of town, oh, it would be flooded,'" and San Francisco'd be flooded.

This is how disingenuous and insincere the peace movement really is. It's how disingenuous and insincere the anti-war movement really is, if all it takes to get them to shut up and sit down is you just have to make it look like you're smart, be eloquent, look like you're more intelligent than Bush, and be African-American. If you are able to pull that off, the peace movement will not protest for peace.

You can go out there and kill anybody you want. You can drop bombs anywhere you want, and the peace movement will sit on its collective butt and let you!

Left-wing activist David Swanson, "who voted for Obama in 2008 before switching to the Green Party," told the Post that "if George W. Bush were launching wars with Congress out of town, oh, it would be flooded." But he said liberals give Obama a pass because "he’s more eloquent, he’s more intelligent, he’s African American, he bills himself as a constitutional scholar.”

In other words, another Nobel Peace Prize must be in the offing.

Here's the reason for the difference in Obama war protesters and Bush war protesters: leftist organizations aren't going to pay money to protest President Obama. They've been waiting for someone like him since early last century and they will do what they must to protect him.

These are really sick broads. They grew in prominence thanks to the likes of feckless Karl 'The Architect of Disaster' Rove.

Just how hard is it to call these dumbbells out or the frauds they are?