Oh, my goodness. What a relief! The 36-year long era of state-sponsored terror by the Iranian regime has finally drawn to a close. 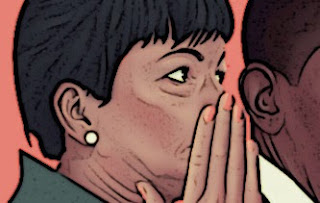 An annual report delivered recently to the US Senate by James Clapper, the director of National Intelligence, removed Iran and Hezbollah from its list of terrorism threats, after years in which they featured in similar reports.


The unclassified version of the Worldwide Threat Assessment of the US Intelligence Communities, dated February 26, 2015 (PDF), noted Iran’s efforts to combat Sunni extremists, including those of the ultra-radical Islamic State group, who were perceived to constitute the preeminent terrorist threat to American interests worldwide.

...The United States and other Western nations, along with a coalition of regional allies, both Sunni and Shiite, has been launching attacks against Islamic State targets in Iraq and Syria in recent months. The Sunni group, also known by its acronyms IS, ISIS and ISIL, is an offshoot of al-Qaeda that has carved out a self-proclaimed caliphate across large swaths of Syria and Iraq, both of whose governments are allied with Iran’s.

The Shiite Lebanese group Hezbollah, which is funded and mentored by Tehran, has been fighting the Islamic State, independently of the American-led campaign, both in Syria and Iraq.

Meanwhile, the US has been engaged in marathon talks with Iran in an effort to reach an agreement on its nuclear program. Tehran, according to the National Intelligence threat assessment, has “overarching strategic goals of enhancing its security, prestige, and regional influence [that] have led it to pursue capabilities to meet its civilian goals and give it the ability to build missile-deliverable nuclear weapons, if it chooses to do so.”

I'm so relieved. After all of the years of killing American warriors, Iran has finally renounced terrorism and has become our ally.

WTF kind of FRESH HELL is this?