TED CRUZ: We Have a Problem 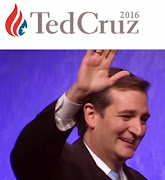 There is a problem in Washington, DC, and the problem is bigger than the debt.

It is even bigger than Obamacare.

It is bigger than any single issue.

The problem is that politicians from both parties have stopped listening to the American people. And they’re getting away with it.

This, more than anything else, is why I officially declared my candidacy for the Republican nomination for President of the United States earlier this week.

It is reasonable to expect differences of opinion on issues and policy.

But with $18 trillion in debt and a President who views the Constitution as an inconvenient speed bump along the path to “transforming America,” millions of Americans are demanding accountability, responsibility, and—above all—truth.

That is my pledge. It is my commitment to you.

And I expect you to hold me accountable.

Together, we can and will reignite the promise of America.

I need your help to share our vision of a federal government that respects—not tramples—the Constitution.

So in addition to holding me accountable, I'm asking you for two more things. First, make a contribution -- any contribution you can -- to support our campaign. Second, if you haven't already, click here to pledge your support for our grassroots army and sign up to volunteer today.

Together, we will turn the page and reignite the promise of America!