I’VE HAD ENOUGH: How About You?

I think back on the days of my childhood, days when all the kids in the neighborhood I lived in would get together for a game of stickball. All colors, all nationalities, everyone would play. Some better than others, but everyone would play until our mothers called us home at dark for dinner. The only break would come when the ice cream truck came by, and if someone didn’t have the dime for ice cream, someone else would buy it for them. 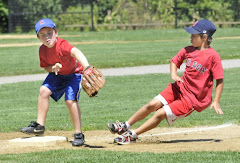 Times have changed, but the basic principles of how I was brought up have stuck with me. It doesn’t make for a tranquil way of life these days. There is a choice which must be made by every one of our citizens. Do we keep those old values, or do we toss them to the side for a more modern way of living our lives?

For me, I’ve had enough. There are certain things I am tired of:

I’m tired of partisan politics, of politicians working only to line their pockets and those of family and friends.

I’m tired of election promises never kept and the lying that has somehow become an accepted part of their everyday lives.

I am tired of state and federal masters who believe they have the authority to decide what I may say or do, whether I am allowed to carry a gun or favor Christianity over Islam.

I am tired of the “It Takes a Village” mindset which claims special insight in what our children should learn and how they must be taught.

I am tired of a federal government that shatters the Constitution and Bill of Rights to protect us from ourselves. I am tired of regulations that cost money, jobs and cause damage to the country in order that some crony or lobbyist can make a bundle.

I am tired of people wanting something for nothing and blaming others for the life that they made for themselves.

I’m tired of voters being called uninformed when they are really just stupid, lazy or greedy.

I am tired of being called racist because I am against illegal immigration. We are a country of laws, or used to be. Illegal is illegal. What part of that gets lost on the administration and media? Our Republican lawmakers have lost the integrity and backbone their constituents expect them to have.

I am tired of being told that in our modern culture, family does not matter. The foundation of this country was based on Christian principles. If you want that to change, count me out. I don’t care about your new ideas, or new way of life. It doesn’t matter to me. If that offends you, I am NOT sorry and I will NOT change.

I am tired of people being perpetually offended; offended by anything you say or do. The new buzzword is “microagression”. What exactly is that, other than a way to silence the people who disagree with today’s victim class. It won’t work. I and many others will not be cowed into silence.

I am tired of people believing I have to apologize for being a Christian Atheists out there who get so upset about someone being a Christian, I ask why? If God doesn’t exist, why does being a Christian make you so angry? Here’s a fair test: tell a Muslim that his religion is wrong, and let’s see what happens.

I am tired of a school system which indoctrinates rather than educates. Don’t indoctrinate our children into acceptance of socialism or homosexuality. Alumni who give to these systems are just as guilty as those who teach in them or run them. And parents, take the time to see what they are teaching your kids; from global warming nonsense to sex they are teaching your kids things that will make you angry. Stand up and opt out. You should decide what your child needs to know and what he is to be taught.

I am tired of slavery. My family never owned any, I never lived through it and no one alive has either. If there are reparations to be paid, they won’t get a dime from me. The first slaveholder in America was a black man and the slaves were rounded up by blacks in Africa and sold to him by Muslims. Ask those people to pay.

I am tired of Bowe Bergdahl being treated as a victim or hero, while Amir Hakmati languishes in a prison in Iran. Mr. President, do what is right by having a Rose Garden ceremony for Amir, with his parents and Amir standing next to you.

I am tired of class warfare. The middle class has been devastated over the past six years. Redistribution, like all other aspects of socialism does not work, never has and never will.

There is so much more. It is time for this administration, and all politicians to wake up to the fact that people in this country are fearful of where it is going; that all people, black and white want the opportunity of a better life for their children. It is up to us, the people of this country to stand up and tell those who believe they are above the law that there will be a reckoning.

Responsibility, accountability and respect must be integral to the education of our children and citizens. Today, our priorities are in free-fall. The nation is falling into third world chaos as a result of the deliberate actions of the New World Order crowd. No victims, no excuses. The time is now, and only time will tell what the citizenry of this country really wants.

Those quiet days of summer and ice cream still await. What will you do to bring them back?

So, what are you going to DO about it, John?

I'm flying a Rebel flag. I am Canadian. Also had enough.

Here is what you can do about, first drastically cut back your spending, move as much money to safe havens or oversea legally. Get involved locally and keep it local, talk to your friends and family to do the same.

Post on blogs, anywhere you have time to post, copy and pasty with credit to the author on blogs and websites that reflects your views.

And don't stop repeating the truth and a alliterative the mainstream narrative.

Don't give up or give in...Tell the truth and pray much. If your not a believe as i am the "rinse and repeat" NON- compliance is a bitch for the locals.

Take the risk, live healthy, But most importantly reduce your living expenses. STARVE IT INTO SUBMISSION