Another one of Kerry's frustrated oppressed "Palestinians" went on a stabbing spree in Israel. The 19-year-old terrorist stabbed an 80-year-old Israeli woman. She is in serious condition. The terrorist stabbed two others as well.

The crowd attempted to attack the terrorist, but were held back by the police. A local Rishon Letzion politician named Yitzchak Avshalom has managed to get himself in every news story by bragging that he helped protect the terrorist from angry residents. I'm not sure how he's planning to run on that, but there have been worse political platforms than protecting terrorists. I just can't think of any. 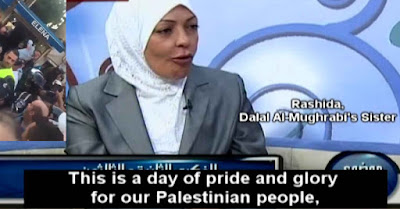 Instead the heroic martyr for Palestine has earned a lifetime salary from the Palestinian Authority (funded by US taxpayer money) for stabbing an 80-year-old woman.

As President Abbas of the PLO, the man Obama designed as Israel's peace partner committed to non-violence, has said, "We bless every drop of blood, that has been spilled for Jerusalem...blood spilled for Allah...Every Martyr will reach Paradise, and everyone wounded will be rewarded by Allah"

Especially the ones who stab 80-year-old women.