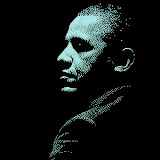 That's why he voted against charging school shooters as adults back in Chicago and why Federal gun crime prosecutions have fallen to a new low under him. It's why his amnesty has driven hordes of gang members to America even while he continues freeing violent drug dealers from prison.

A grand jury indicted him on multiple counts of selling crack and cocaine and for using guns as he dealt drugs from a mobile home in Airport Heights. The prosecution had a videotape of the man and fellow members of a largely Dominican gang attaching a crude silencer to a handgun, bags of the illicit drugs scattered on a nearby table.

Obama let him go. Because he's that concerned about gun violence. 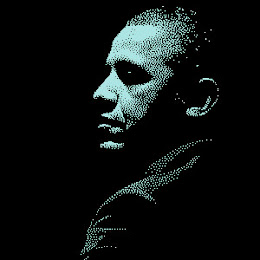 Obama backs #BlackLivesMatter even though the movement is protecting the very criminals responsible for most of the gun violence in places like Chicago.

A breakdown of the Chicago killing fields shows that 83% of those murdered in Chicago in one year had criminal records. In Philly, it’s 75%. In Milwaukee it’s 77% percent. In New Orleans, it’s 64%. In Baltimore, it’s 91%. Many were felons who had served time. And as many as 80% of the homicides were gang related.

And then there are all the ISIS folks and other Muslim terrorists. Obama wants to bring tens of thousands of Syrian Muslims to America (not the Yazidis or Christians who are actually persecuted, he let in only 1 Syrian Yazidi) who poll as supporting ISIS by at least 13%. That's 1,300 ISIS supporters in every batch of 10,000 Syrian migrants.

But Obama is super-concerned about gun violence. That's why the Unilateral Ruler will issue a bunch of executive orders because he can't legally get these laws passed. And these laws will predictably end up hurting legal gun owners rather than the criminals he panders to.

Obama doesn't want to fight gun violence by fighting criminals. He wants to take away the civil rights of Americans instead. And then he'll free more drug dealers and bring in more terrorists.

And the Tyrant-in-Chief is aided and abetted by the Dems and gutless RINOs.
A gaggle of pro-Islamofascist Dems are about to introduce a bill to start implementing Sharia law by criminalizing criticism of Islam and calling for Musloids as a protected class.

Never let a crisis go to waste. Create a useful crisis as needed.

Civilian ownership of guns is a problem for totalitarian government. The population can be pushed too far, if it is armed.

Gun owners are naturally peaceful and defensive and do not present a strong reason to consfiscate. So, create a population that creates a need for disarmament: immigrants and refugees with a fraction of violent members. Not just in blue cities, but scattered across the US. Yes, many citizens will die, but the greater good and utopian goal justifies the loss of a few "eggs" to make the larger, delicious omelette.

Soon, enough people will clamor for disarmament of the refugees and everyone else. This will allow another giant step toward scientific control without effective opposition.

ObamaCare is a created crisis. Set rules which encourage treatment for the unsick (free checkups). Medical prices will increase as people must pay for these additional services for others by paying higher insurance premiums. So, government must step in to control costs, just as european governments supposedly control costs. This government takeover would be impossible if the general population were not experiencing ruinous costs. Another victory for central, scientific management.

Who cares if the first policies are expensive and wasteful. Politicians, their children, and grandchildren will work on these problems and improve things no matter how long it takes. Their selflessness has no limit.