J.D. Ma, Stanley Salazar, Biplab Pal, and Hongling Zhou are all American citizens. None were born here. At least three of them typically vote for the Democratic candidate. One lived in the country illegally before eventually getting a green card. All of them opposed bills to make their Maryland communities sanctuary cities:

"In passionate testimony before county legislators, and in tense debates with liberal neighbors born in the United States, legal immigrants argued that offering sanctuary to people who came to the country illegally devalued their own past struggles to gain citizenship."

"Surprise," says the headline. "Stunned," were supporters of the sanctuary policies, Tavernise reports:

"Democrats oppose deportation on the grounds that it breaks up families, Mr. Ma said. But so do other aspects of the justice system -- without setting off the same outcry.

'If a single mother commits a crime and has to go to jail,' he said, 'we don't say, 'Oh, we can't do that, because it will break her family.' 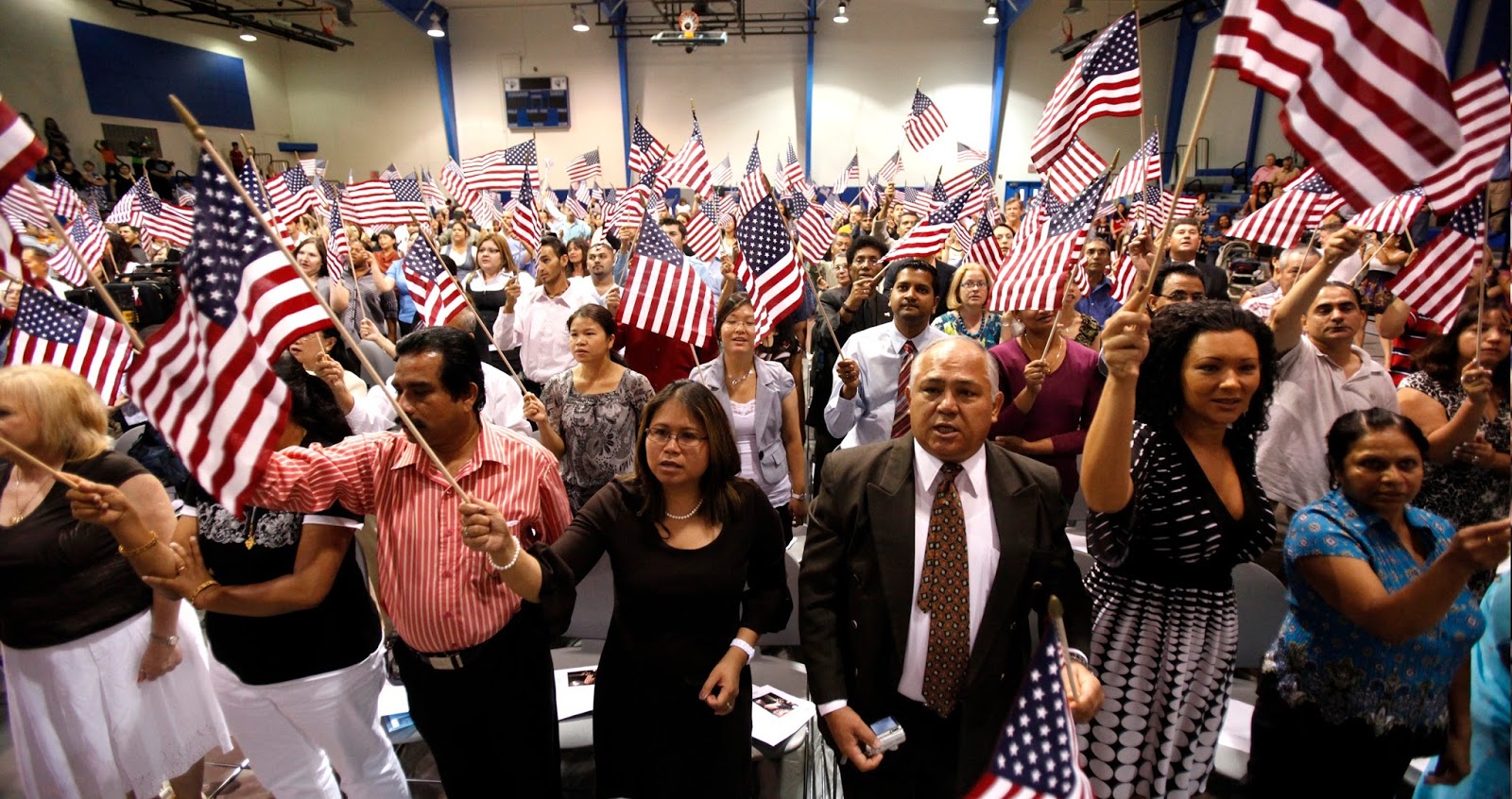 Why? Immigrants have at least as much at stake in a credible immigration policy as their fellow Americans who were born here. Immigration policy continues to effect immigrants long after they arrive. In fact, immigrants and their children are often the first to feel the effects of the next wave.

Stanley Salazar would like to see more ways for illegal aliens to gain legal status, but he also worries about his daughters. Tavernise reports:

"The public school population has risen sharply, and the county recently raised property taxes by about 9 percent to keep up. The share of students enrolled in classes for English learners rose to 14.6 percent of the school population this year, up from 11.2 percent in 2009, and accounted for more than half the total increase of students in the school system this year

But that burden is borne unequally, he said. The high school Mr. Salazar's daughters would attend, where more than 40 percent of students receive subsidized lunch, is ranked far below one in affluent Bethesda, where fewer than 5 percent qualify."

Record levels of immigration have significantly contributed to the number of low-income students in public schools in communities like Salazar's. Speaking on a Center for Immigration Studies panel about immigration and education, the opinion journalist Reihan Salam says policy makers should ask these questions upfront:

Immigration is a regulated process, the parameters and management of which reflect a nation's priorities and values. But to many people, immigration has become a value in and of itself, like love or justice. The New York Times editorial board, for instance, frames the immigration debate in binary terms: welcoming v. unwelcoming, inclusive v. exclusive, pro-immigrant v. anti-immigrant. There is no room for Ma, Salazar, Pal, or Zhou within their paradigm.

Reducing a complex policy debate into a battle of good vs. evil has destructive consequences for our civil discourse. According to the Times' story, some of the immigrants who spoke against sanctuary cities were called "Trump Terrorists."

The four Americans profiled have nuanced and sometimes conflicting views about what immigration policy should look like. Some of them would appear to support at least some of the bi-partisan recommendations from the Jordan Commission. They may oppose other recommendations. But they all express views that defy over-simplistic labelling. Kudos to Tavernise and the Times for sharing their stories and giving them a voice.

I have added your site to my blog roll

found you at Mike's place (the Proof Positive Dude)