Chelsea Clinton, the second Clinton nepotism candidate that no one asked for, is being positioned for a run. For something. Anything. 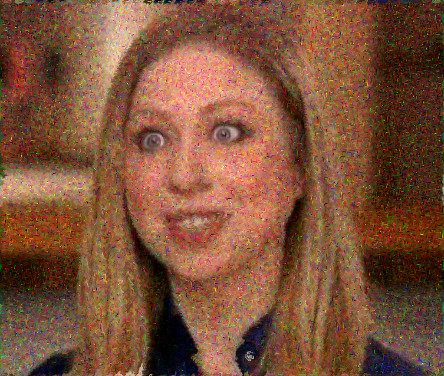 This must be why they call them the stupid party.

43% of Black and Latino voters want Hillary to run. But 47% of registered voters oppose such a movie. It's sad that Chelsea must suffer under the crushing burden of such racism.

A majority of people in all professions from government to blue collar, don't want Chelsea running for anything. That says it all.

In other words, the Democrat Party is still a suicide pact!

She needs some seasoning and foreign policy experience first; I understand that the position of Ambassador to Libya is open!