In 1945, President Truman publicly warned the Imperial Japanese Government against further aggressions with the following statement:

"If they do not now accept our terms, they may expect a rain of ruin from the air, the like of which has never been seen on this earth. Behind this air attack will follow sea and land forces in such numbers and power as which they have not yet seen."

Which provides a good backdrop for the media hissy fit over President Trump's latest "controversial" remark. It concerned North Korea's increasingly belligent actions and threats against the U.S. The President's statement read:

North Korea best not make any more threats to the United States. They will be met with the fire and fury like the world has never seen.

At least for dimwits who have never read a damn history book. 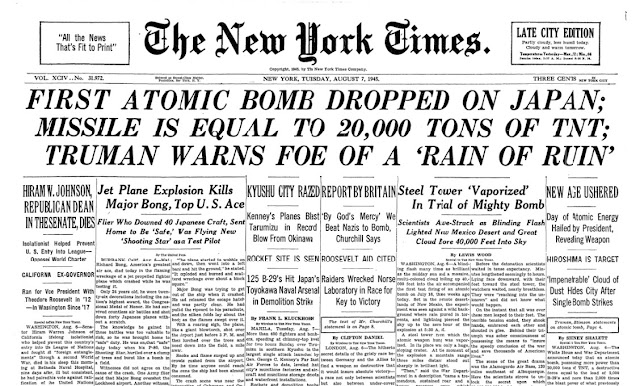 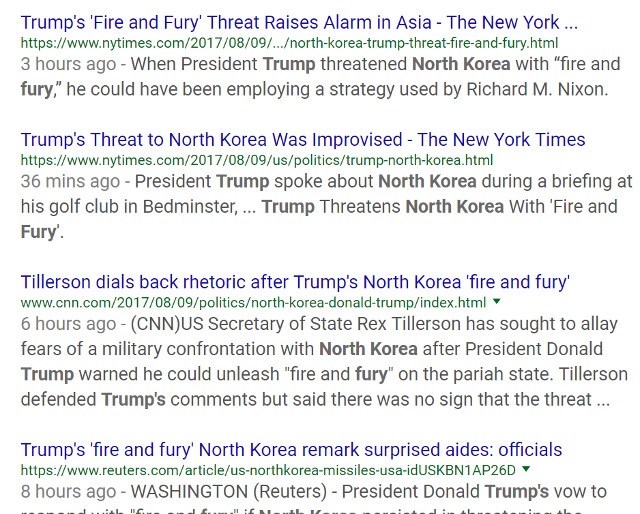 Of course they forgot the reasons North Korea became capable with both nuclear weapons and ICBMs. Please refer to: "You can thank Jimmy Carter and Bill Clinton for North Korea’s nukes."

Yes, you're not imagining things. Google weighs left wing opinions -- no matter how unpopular -- above facts. You've been warned.

Truman was a Democrat, so it was OK when he said it.