U.S. MARINE SLAMS WASSERMAN SCHULTZ: "Islamophobia" Ain’t Why The Awans Should Be Locked up

A Marine who provided key evidence in the FBI case against Democratic Rep. Debbie Wasserman Schultz’s former IT employee said he is appalled by her claim that Islamophobia led U.S. Capitol Police to frame the former staffer.

Also Wednesday, two of Imran Awan’s relatives went on the record to say they think he would do anything for money.

Andre Taggart alerted the FBI to damaged hard drives and a cache of electronics tied to Imran Awan, a former IT specialist for dozens of House Democrats. Awan is the central figure in a criminal investigation of suspected procurement fraud and violations of the congressional IT network, including diverting data to an off-site server.

Taggart told The Daily Caller News Foundation’s Investigative Group Wednesday that “it was amazing” that Wasserman Schultz, a Florida Democrat, describes Imran as a victim of religious discrimination by law enforcement. Taggart rented the Northern Virginia home of Awan, who had frantically moved out after learning authorities were onto him. 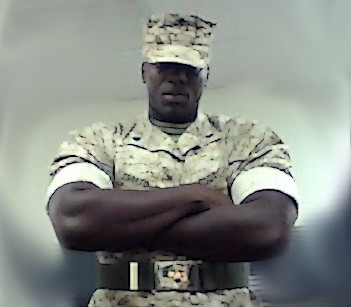 “It pisses me off,” said Taggart, a black Marine who says he votes Democrat. He believes Wasserman Schultz is crying wolf and devaluing the meaning of genuine discrimination, while also exposing herself and the nation to risks.

Wasserman Schultz claimed Imran Awan is being “persecuted” by the Capitol Police and FBI after she was told that he is suspected of “data transfer violations,” even as she lamented the seriousness of the hacking of the Democratic National Committee. Wasserman Schultz was chairwoman of the Democratic National Committee when its IT network was hacked in 2016.

“I just want to get these [guys] locked up and exposed and now,” Taggart told TheDCNF. “The people who facilitated them should also be locked up, as far as I’m concerned.”

TheDCNF cited Taggart without naming him in a July report that the FBI had seized the hard drives and electronics. Imran attempted the next day to board a flight to Pakistan, but was arrested by the FBI at Dulles International Airport.

Taggart said he made the decision to no longer be anonymous because he is concerned that his fellow Democrats are making a grave mistake by ignoring a scandal with serious criminal and national security implications.

“I’m absolutely disgusted with everything going on in the country right now, mostly because of right-wing conservatives, but with respect to this situation, political affiliation is irrelevant,” Taggart said.

Imran Awan and his wife, Hina Alvi, were indicted Aug. 17, 2017, on four charges related to sending money to Pakistan fraudulently in an apparent attempt to escape from a broader, ongoing investigation into cybersecurity and theft issues.

“Him, his wife, his brother, all working down there — there’s no way they could do this without help. If we can drag Trump and his wingnuts through the mud for the Russia influence that they are having, then it’s only fair that we also expose this s–t,” Taggart said.

After Imran Awan realized the hard drives and electronics had been left in the house he rented to Taggart, Awan threatened to sue him to get the equipment back. Awan also listed the house for sale shortly after signing a multi-year lease with Taggart, the latter said.

“They took advantage of us,” Taggart said, describing a series of financially aggressive and dishonest interactions he said he had with Imran.

Taggart said he believes the Awans would “do anything for money,” the same term others, including relatives, have used in describing the couple.

Wasserman Schultz has rejected concerns about Imran as “absurd” and “laughable,” even though he had access to all of her congressional emails and files, as well as her iPad password, is suspected by police of cybersecurity violations, and had long been accused of defrauding people for financial gain.

Also on Wednesday, an Awan relative, Syed Ahmed, told The Daily Mail that “for the sake of money they would have done anything… [Imran] might have been selling this information.”

Evidence suggests that the Awans were running a ghost employee scheme, collecting $6 million in salaries from taxpayers even though only a few of the six people on the House payroll actually performed IT work. Congressional offices signed off on those time-sheets for unknown reasons.

Imran Awan’s brother Abid operated a Virginia car dealership while being paid $160,000 annually working for multiple House Democrats. The dealership received $100,000 from an Iranian fugitive linked to Hezbollah, according to court records.

Amjad Khan, a former business partner, told the Daily Mail that “[Abid] would just go in [to the Hill] a couple times a week for a couple of hours, just to show his face. On paper, I think [Abid and Imran] were both working, but in reality only one was working, the other was running the [car] business.”

Abid worked for New York Democratic Rep. Yvette Clarke during a time when $120,000 in IT equipment went missing from that office. Clarke’s chief of staff signed a form ensuring the missing equipment wouldn’t become a problem with congressional auditors. Clarke’s office did not tell police at the time the form was signed, and Abid remained employed for six more months.

Clarke and her staff repeatedly refused to explain, even though the money would have been enough to hire four staffers to provide services for her Brooklyn constituents.

Clarke fired Abid in September 2016 after House administrators told her they were auditing all finances connected to the Awans. Four months later, Capitol Police banned the brothers from the congressional IT network.