Opponents of an armed population often claim that semi-automatic rifles are a new phenomena in the United States. That is false.

One of the first successful semi-automatic or self loading rifles was the Remington Model 8 above. It was patented in 1900 by John Moses Browning.

Commercial production started in 1906. It was a successful design, used in the hunting fields, in law enforcement, and had limited usage in the U.S. military. The model 8 was modified a bit in 1936 and become the model 81, which was produced until 1950.

You can see that some of the design features were copied in later designs such as the AK-47. The AK features full automatic capability, which was not part of the Model 8, or its improved brother, the model 81.

Many have remarked on the eerie resemblance of the safety lever on both rifles. The models 8 and 81 had rotary locking lugs, as does the AK-47.

The .300 Savage and .35 Remington cartridges are still available commercially, and would be my choice for a Model 8 or 81. Brass is available for the other calibers. They can be handloaded. There is no reason not to use one of these fine rifles if you have one.

After the Model 8, semi-automatic designs proliferated. As usual, the military establishment was conservative. The U.S. Army adopted the semi-automatic Garand in 1936, but the first production models were not manufactured until 1937. The Army had been experimenting with semi-auto designs since 1901, with design of the Garand starting in 1922. The M1 carbine was fielded in in 1942.

After WWII, millions were sold surplus, some to allies, some to private citizens. We do not have the exact numbers. The last large batch was 240,000 sold to citizens in 1963. There were 6.1 million produced in WWII. 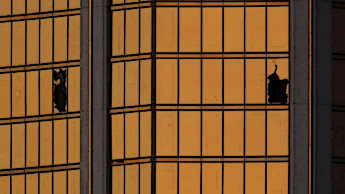 Mass killing of unrelated people in public, rampage killers, is a rare phenomena. Rampage shooters are a subset of that group.

I used the amok.wiki.com list of rampage killers, to find the first use of a semi-auto rifle in a rampage shooting. It occurred 60 years after the initial production of the Model 8 Remington, 21 years after the end of WWII.

The first recorded rampage shooting with a semi-auto rifle appears to be the Texas Tower mass murder in 1966. The shooter had an MI carbine among his three rifles, a shotgun and two pistols. How much he relied on the carbine vs the scoped bolt action rifle is unknown.

Rampage shootings and Rampage shootings with semi-automatic rifles have increased in the last couple of decades. The rifles have been available for over a hundred and ten years. What caused the increase? It isn't the availability of the rifles. Before 1968, the rifles were available by mail order. Before 1968, semi-automatic anti-tank cannon were available by mail order, as were anti-aircraft guns.

There are numerous candidates for the increase in rampage shooters. It is probably a combination of factors.

A movement away from a Christian society toward the new paganism, atheism, and agnosticism, where there are no absolute right or wrong actions, is often postulated. Christians are sparsely represented among rampage killers, if at all, while 70 percent of people in the U.S. are self proclaimed Christians.

Several of the shooters have attacked churches or been explicitly anti-Christian. While this is hard to quantify or prove, it is likely a contributory factor.

The media – The clearest contributor to the increase in rampage killers that are shooters is the media and the media's attitude toward them. The copycat effect is well documented.

A simpler, more effective solution to reduce rampage shooters is available: Stop motivating more rampage shooters with the copycat effect. The media has adopted many standards without legislation being necessary. There are easily adopted standards the media could use to reduce the numbers of rampage shooters, if they chose to do so. The “Don't Inspire Evil” initiative highlights them. No Notoriety lists several examples.

Those voluntary measures are far more likely to be effective than attempting to repeal the Second Amendment.