Leader of the Coup

In any criminal investigation where the suspect is not immediately known, the first question usually asked is who would have the most to gain? As we follow the bread crumbs of the text messages of Peter Strzok and Lisa Page and await release of the House Intelligence Committee’s memo regarding the collusion between the DNC, the Hillary Clinton campaign, the DOJ, and FBI to interfere with the 2016, ensure the election of Hillary, and the defeat or impeachment of Donald Trump, the answer to that question is clear -- one Barack Hussein Obama.

Can it be believed that as key players in the Obama administration like Strzok and Page, as well as FBI Director James Comey, Deputy Director Andrew McCabe, the number four at Justice Bruce Ohr, Attorney General Loretta Lynch, and many others were linked in a vast criminal conspiracy to keep Hillary Clinton out of prison and Donald Trump out of the White House, that Barack Obama was blissfully unaware of all this? Rather, it can be plausibly argued that he was orchestrating it.

Perhaps not directly or by explicit orders, but rather by discussing the threat to his legacy Trump represented with his progressive minions and then simply saying, as crime bosses throughout history have done, “You know what needs to be done. Do it.”

This scandal did not occur in a vacuum any more than did the weaponizing of the IRS to target the Tea Party and other conservative groups before Obama’s 2012 reelection campaign occured in a vacuum. The agencies under Obama’s control have been politicized before and used to intimidate and destroy his political opponents

Last September, I argued that Comey had the fix in for Hillary and we now know that he began writing his exoneration memo significantly before interviewing Hillary and other key witnesses. The exoneration memo underwent key edits in which Strzok, who interviewed Hillary and those witnesses, some of whom were granted immunity, was involved. But now, as the layers of this rotting onion are peeled away, it has become clearer that Comey did not act on his own initiative. This fish is also rotting from the head.

Back in April, 2016, President Obama gave an interview in which he seemed to have foreknowledge that Hillary Clinton would be exonerated for her “carelessness” and did not “intentionally” mishandle classified emails, words that Comey would use just a few months later: 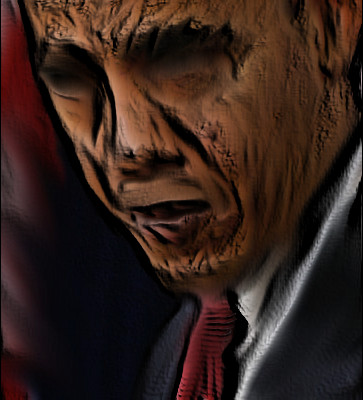 President Obama said Sunday that Hillary Clinton showed “carelessness” by using a private email server, but he also strongly defended his former secretary of state, saying she did not endanger national security, while also vowing that an ongoing FBI investigation into the matter will not be tainted by politics.

In an interview on “Fox News Sunday,” Mr. Obama seemed to prejudge the outcome of the ongoing inquiry into Mrs. Clinton’s email scandal, and he disputed the notion that any of the emails contained classified information of true importance.

“I continue to believe she has not jeopardized America’s national security,” the president said. “There’s a carelessness in terms of managing emails that she has owned and she recognizes. But I also think it is important to keep this in perspective.”

Carelessness and lack of intent were key parts of Comey’s shape-shifting memo. And we now see how Obama’s pledge that politics would not taint the investigation was a bald-faced lie. This confidence in her exoneration was shared by Mrs. Clinton, who also seemed to have foreknowledge that the fix was in:

She maintains that no emails in the account were classified at the time they were sent or received -- though she was initially much more emphatic, flatly saying she had never handled classified information. She reiterated last week that, in her view, the federal investigation ultimately will clear her.

“That is not going to happen,” she told NBC News when asked if she would be indicted. “There is not even the remotest chance that it’s going to happen.”

National Review Contributing Editor Andrew McCarthy has long argued that Obama was the ringleader in obstructing justice in the Hillary email investigation:

From the first, these columns have argued that the whitewash of the Hillary Clinton-emails caper was President Barack Obama’s call -- not the FBI’s, and not the Justice Department’s… The decision was inevitable. Obama, using a pseudonymous email account, had repeatedly communicated with Secretary Clinton over her private, non-secure email account.

Why would Obama use a fake email account to communicate with Hillary Clinton? Granted, classified communications between a President and a Secretary of State are normal, but not via a fake email account. Were they discussing the fix that was in during her email investigation?  McCarthy suggests just such a reason:

If Clinton had been charged, Obama’s culpable involvement would have been patent. In any prosecution of Clinton, the Clinton -- Obama emails would have been in the spotlight. For the prosecution, they would be more proof of willful (or, if you prefer, grossly negligent) mishandling of intelligence. More significantly, for Clinton’s defense, they would show that Obama was complicit in Clinton’s conduct yet faced no criminal charges.

McCarthy notes that among the edits to the draft of Comey’s memo was one omitting a reference to President Obama:

This past weekend, in a letter to the FBI, regarding the missing texts, Senate Homeland Security Committee chairman Ron Johnson (R., Wis.) addressed some of these revisions. According to Senator Johnson, a draft dated June 30, 2016 (i.e., five days before Comey delivered the final version), contained a passage expressly referring to a troublesome email exchange between Clinton and Obama. (I note that the FBI’s report of its eventual interview of Clinton contains a cryptic reference to a July 1, 2012, email that Clinton sent from Russia to Obama’s email address. See report, page 2.) The passage in the June 30 draft stated: We also assess that Secretary Clinton’s use of a personal email domain was both known by a large number of people and readily apparent. She also used her personal email extensively while outside the United States, including from the territory of sophisticated adversaries. That use included an email exchange with the President while Secretary Clinton was on the territory of such an adversary. [Emphasis added.] Given that combination of factors, we assess it is possible that hostile actors gained access to Secretary Clinton’s personal email account. On the same day, according to a Strzok–Page text, a revised draft of Comey’s remarks was circulated by his chief of staff, Jim Rybicki. It replaced “the President” with “another senior government official.”

So not only were edits made to Comey’s draft memo to hide Hillary’s guilt but also Obama’s involvement. It is worth noting that Attorney General Loretta Lynch also used a fake email account under the name “Elizabeth Carlisle” to conduct official business:

Lynch's pseudonym was confirmed in a report by the Daily Caller, which shows Lynch sometimes preferred to use another name while doing work, just as her predecessor Eric Holder did. The finding came after several batches of emails were released last week from conservative watchdog groups who had requested documents from the Justice Department using the Freedom of Information Act.

Judicial Watch and the American Center for Law and Justice sought documents related to former President Bill Clinton's meeting with then-Attorney General Lynch in an airplane on the runway tarmac in Phoenix. The meeting was scarcely noticed at first, but eventually created a controversy over possible conflicts of interest about the ongoing investigation by the FBI into Hillary Clinton's email server.

Fake emails and surreptitious edits to incriminating documents. From the Strzok-Page text messages we know that Loretta Lynch knew Hillary would not be prosecuted. That meeting on the tarmac was to tell Bill Clinton the fix was in, a fix whose impetus came from the White House and an occupant concerned with both his legacy being erased by a President Trump but also by his involvement in covering up Hillary’s crimes.

As some have suggested, this is Watergate on steroids. Not only do we have one party colluding with government agencies to keep its candidate from being prosecuted for her crimes and preventing the election of the other party’s candidate, but we also have a sitting and corrupt President using the powers of his office to subvert an election and hand-pick his successor.

Lock her up. Lock him up too. Lock them all up.

Lock em all up. That's getting old. Nothing is going to happen.

The corruption of the Democrat party is at a point where it should be considered as an interest of national security.

We're seeing things that are reminiscent of a banana republic.


If it's left up to the repubic's that are holding office right now, none of these crooked dem bastards are going to be held accountable.

Can we appoint Judicial Watch to prosecute them? BTW, Jeff Sessions needs to start doing his job, or I'd fire his ass also.