With the connivance of the Obama administration, Abedin and Clinton also purloined call logs, scheduling documents, and files described as “Muslim Engagement” from the Department of State when they left their jobs there. They labeled the government-owned documents “private.” Clinton also took with her a physical file of what has been described as “the log of the Secretary’s gifts with pictures of gifts,” which may contain proof of bribes provided to Clinton.

Although it is unusual for a president to seek prosecution of his defeated enemies, the Clinton crime family is so corrupt and so sinister that failing to act against these reprobates is to commit a grave injustice. The brazen criminality of Hillary Clinton and those around her in the previous election cycle is utterly unprecedented in modern American politics, far surpassing the relatively minor-league shenanigans of President Richard Nixon in seriousness. To ignore Clinton’s unlawful activities would be to discard the rule of law and affirm that powerful elites are not held to the same standards as ordinary Americans. 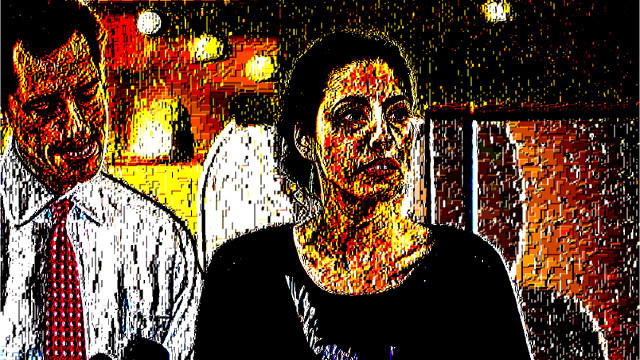 Clinton’s campaign aggressively sought out new frontiers in unethical conduct, funding the Russian dossier compiled by Fusion GPS, a tainted political opposition research paper that Comey’s FBI apparently relied on during its investigation. In the discredited dossier based in part on Kremlin-provided information, it was claimed Trump hired Russian prostitutes to urinate on a hotel bed.

The dossier was just one of many outrageous dirty tricks by Clinton’s campaign. Clinton used the Democratic National Committee to snuff out Bernie Sanders’ bid for her party’s nomination, and personally authorized the illicit efforts of socialist felon Bob Creamer and organizer Scott Foval who fomented violence at Trump campaign rallies, as James O’Keefe’s Project Veritas group revealed in undercover videos.

The FBI’s announcement that it was probing the emails gave Trump an extra line of attack against Clinton in the final days of the 2016 election campaign. For her part, Clinton herself can’t stop whining about what the FBI did and blaming the agency that exposed her wrongdoings for her humiliating electoral defeat.

“She would use these accounts if her (State) account was down or if she needed to print an email or document,” according to a previously released FBI report. “Abedin further explained that it was difficult to print from the DoS system so she routinely forwarded emails to her non-DoS accounts so she could more easily print.”

Emails previously revealed Abedin gave foreign leaders and activists special access to Clinton when she was secretary of state after they donated to the congenitally corrupt Bill, Hillary and Chelsea Clinton Foundation.

The emails, also obtained by Judicial Watch, appear to show Abedin serving as a gatekeeper auctioning access to the presidential candidate in exchange for donations to the Clinton Foundation. When individuals wanted to meet with Hillary, Abedin would say no, and introduce them to the foundation. After the “donation” was received, access to Clinton would be approved.

During the 2016 election cycle, then-FBI Director Comey was essentially an unofficial Clinton campaign staffer. He gave preferential treatment to Mrs. Clinton by refusing to recommend charges against her for her private email scheme after saying there was no proof of criminal intent on Clinton’s part, a legal element not actually required by the nation’s espionage laws. Trump fired the bungling Comey last year for his corruption and incompetence.

Last summer, Comey admitted he orchestrated the leaking of his notes – which were his work product and therefore government property – regarding conversations with Trump to the New York Times. Comey said he did it to cause a special counsel investigation to be created to examine possible collusion between the Trump campaign and Russia.

In Trump’s tweet this week, he referred to the case of Petty Officer First Class Kristian Saucier, who pled guilty to mishandling classified information after using a cellphone to take photos of the classified engine room aboard the nuclear submarine on which he served.

Meanwhile, Abedin’s cousin, Omar Amanat, another fan of Yahoo email, has been jailed as a flight risk after being convicted of fraud last week. The judge involved said Amanat showed a “disdain for the courts and legal process.”

According to a report,

Court documents also depict him trying to destroy potential evidence, saying he emailed his brother to “delete all of my emails from the yahoo site,” expressing “concern about them [subpoenaing] yahoo at some point,” while concocting other fake documents to show the jury.

Amanat was accused of bilking investors by lying to them about the precarious financial condition of a tech concern called Kit Digital. “The evidence of their criminal schemes was so overwhelming that Amanat actually tried to fool the jury by introducing fake emails into the record as exculpatory ‘evidence’ in this trial,” said acting Manhattan U.S. Attorney Joon H. Kim.

Amanat entered into a partnership with Russian-born Vladislav Doronin in 2013 to buy a luxury resort for $358 million. Doronin previously worked for Marc Rich, the fugitive financier pardoned by President Bill Clinton on his final day in office.

The Clintons’ political careers may be over, but their ties to the criminal underworld live on in Amanat and Abedin.

And Huma Abedin’s intergenerational ties to the Muslim Brotherhood and Islamofascist terrorism have barely begun to be explored.

-- Although it is unusual for a president to seek prosecution of his defeated enemies, the Clinton crime family is so corrupt and so sinister that failing to act against these reprobates is to commit a grave injustice. --

And Trump, who has no great love for the political elite, will not allow them the "professional courtesy" James Comey was reflexively willing to grant them. He values the rule of law and rejects the Society of Status our political class assumes will protect them from the proper penalties for their crimes.

if any democrat or associate in the Clinton crime syndicate gets any real jail time, I will eat my hat.

Wanna bet that file folder of all those 'gifts' went up in that convenient fire...

Sadly, I suspect we'll learn that those missing 'call logs' are what caught fire at Hillary's house in Chappaqua

And dRATS acted like it was no big deal when Bill Clinton's wife read and combed FBI Files in the WH Library. And no big deal when Sandy Burgler left the Archives with documents stuffed in his socks. Nothing to see there, let's move along" eh?
What did Hillary learn then with malice and aforethought that benefitted her now?
And will she be able to pull Huma from the fire for another Humatoma?