The Stench at Obama's DOJ and FBI

For a brief, shining moment, CNN paused in its nonstop coverage of everything it loathes about President Trump for some actual “breaking news.” One of the network’s reporters had noticed that Congress was looking into malfeasance and political corruption at the Obama-era Department of Justice, FBI, and intelligence agencies.  This is still news to most mainstream outlets.

There are now three major congressional investigations, peeling away layers of political bias, unequal application of the law, and, perhaps even felonies by senior officials who may have leaked classified documents, obstructed justice, and violated Fourth Amendment guarantees against unreasonable search and seizure.

These probes center on credible allegations that the FBI and DOJ fixed the investigation of Hillary Clinton to clear her and her top associates, and then launched an investigation of Donald Trump for partisan political reasons. If these allegations are true—and they have not yet been proven—this is the biggest American political scandal since Watergate. It would mean that the executive branch agency tasked with enforcing the law, instead subverted the law to protect its favored presidential candidate and damage the opposition party’s. Then, it tried to cover it all up. 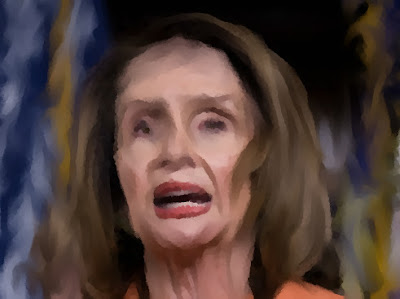 If true, this would be a very deep pool of corruption, but CNN dove head-first into the shallow end. What most concerned the network was that Rep. Devin Nunes would not give the FBI his classified memo detailing the evidence uncovered so far. The CNN on-air panel discussing this topic featured a former Obama-era intelligence official, and he was shocked, shocked at Nunes and Republicans on the House Intelligence Committee. The FBI should get that memo immediately, he said, because it is the lead law enforcement agency in such matters. The CNN panel could only think of one reason Nunes was being so secretive: He was just trying to distract from Special Counsel Robert Mueller’s investigation of alleged Trump-Russia collusion. For its part, CNN wasn’t distracted at all. It was entirely focused on Trump.

Here are two quick tips for the Edward R. Murrows on cable news. First, nothing will divert Team Mueller from its investigation. When their findings emerge, they will dominate news coverage for weeks—and rightly so. If those findings directly implicate the president, he is in very deep trouble, and so is the country.

Second tip: The Nunes memo and other congressional investigations are about a different scandal, one directly implicating senior officials at the Obama DOJ and FBI. They want to know why former FBI Director James Comey and his team pre-judged and soft-soaped the investigation into Hillary Clinton’s unsecured private server and her classified emails. Why did they decide to clear her before completing key interviews with Mrs. Clinton and her aides? Why did DOJ grant immunity so freely to obtain evidence that could have been easily subpoenaed by a grand jury? Why did the government itself then destroy that evidence, so no one could do a real investigation later? For that matter, why didn’t they convene a grand jury in the first place? (It was among the first things Mueller did in his own probe.) What involvement did the FBI counter-intelligence division have with the Fusion GPS/Christopher Steele “Russian dossier,” financed by the Clinton campaign? Was the dossier used, in part, to obtain a warrant to spy on Trump associates and, if so, was the FISA court completely informed about the dossier’s financing, provenance, and lack of verification? And what the hell happened to months of text messages among key anti-Trump investigators at the FBI and DOJ?

These questions are not directed at apolitical, career agents, who serve with honor. They are directed at senior executive branch officials at the FBI, DOJ, CIA, and perhaps the NSA and White House. Except for Comey, who now spends his days tweeting about ethical behavior, many of those officials are still at their desks.

It would be naive for Congress to follow CNN’s advice and share this evidence with the very people now being investigated. Those officials are witnesses and potential defendants. They are not busy cleaning the Augean stables. They are spraying air freshener to cover the stench. If the FBI were eager to restore confidence, it would have fired them long ago. If the FBI were eager to aid Congress, it would have shared its own evidence, not resisted and stonewalled until threatened with subpoenas.

These congressional investigations are at least as important as Mueller’s, and for the same reason. They are both about honest elections and the rule of law, applied equally to insiders and outsiders, Democrats, Republicans, and Independents. It’s about whether our most powerful government agencies are worthy of our trust. If we have lost sight of those values, we’ve lost our constitutional bearings.

Hillary's acquital was a foregone conclusion; Obama had communicated with her in an email exchange containing classified information on her unsecured server. Had she been indicted, he would have been implicated as a accessory.

The trump investigation is only happening BECAUSE of a corrupt Dnc fbi etc etc.

The email issue is but a process crime. What is important is what she was trying to hide.

That was obviously play-for-pay when in office. Uranium One is only a single instance of what is a widespread pattern. That is where the real damage to the Republic happened.

The other crime is in wiretapping and surveillance of the Trump campaign.

I don't know which is the more dangerous. Both are fatal to our government if allowed to go unprosecuted.

"...as important as Muellers'"

Horseshit. Mueller's goal from the start was to somehow, some way get Trump in some kind of legal snare that would insure his was an ineffectual presidency.