OOPS: Comey Accidentally Reveals Someone is Concealing Hundreds of Thousands of Clinton Emails

Thanks to the tireless Tom Fitton of Judicial Watch, we now know that there are roughly 200,000 or more previously unknown Hillary Clinton emails that were hidden by the Obama administration from a federal judge. During his utterly boring interview on 60 Minutes, the egomaniacal former FBI director accidentally blurted out the truth:

GEORGE STEPHANOPOULOS: It's l-- it's led your critics to say that the FBI, for several weeks, sat on the knowledge that they had several thousand Hillary Clinton emails...

...JAMES COMEY: --of thousands on Anthony Weiner's laptop. And I don't know the answer to that criticism. I don't know whether the Bureau team could have moved faster to-- to bring it to me for a decision. All I know is that they did bring it to me on the morning of October 27th...

...GEORGE STEPHANOPOULOS: So th-- and-- and-- and-- and to be clear, between that first mention and October 27th, you didn't hear anything about Hillary Clinton's--... 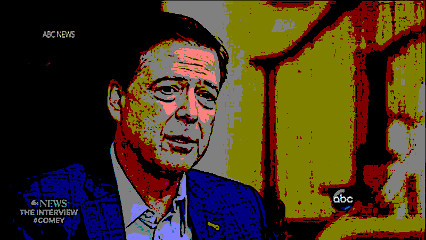 ...JAMES COMEY: --remember hearing anything else about it until I walked into a conference room early in the morning on October 27th. So we're now less than two weeks from the election. The deputy director emailed me at about 5:30 in the morning and said, "The midyear team," which was the code name for the Clinton email investigation, "needs to meet with you."

And it's unusual to email me at 5:30 in the morning. And so I m-- arranged to meet with the team. And I walked in with a stupid smile on my face, I think, and said, "The band is back together." 'Cause they were sitting in the same seats they'd sat in so many times.

And I didn't smile again for a long time like that-- after that. And what they told me was, "We have found, for reasons we can't explain, hundreds of thousands of Hillary Clinton's emails on Anthony Weiner's laptop. And something much more important than that. Thousands of emails from Hillary Clinton's Blackberry domain..."

...we know there are hundreds of thousands of Hillary Clinton's emails there, including Blackberry emails. And so there is reason to believe that this is evidence in our case, and may change the result. And so maybe what you do is gamble and say, "I'll be quiet about it," but that comes back to my doors.

The State Department, reacting to a FOIA request from Judicial Watch, stated the following:

...the State Department revealed in a federal court hearing that it has yet to process 40,000 of 72,000 pages of Hillary Clinton records that the FBI recovered last year... The hearing focused on the State Department’s progress on processing the tens of thousands of emails Clinton failed to disclose when she served as Secretary of State, some of which were emails sent by Clinton aide Huma Abedin that were found on the laptop of her estranged husband Anthony Weiner...

Was the State Department concealing hundreds of thousands of Clinton emails from a federal judge?

Update: Chairman Trey Gowdy has issued a request to the DOJ Inspector General that he appear before the House Oversight Committee on May 8th. As CTH notes, this may be an ominous sign as Gowdy has been uniformly ineffective at anything other than appearances on camera.

Did anything happen to Lois Lerner? John Koskinen? Anyone who abused their positions to target Obama's political opponents?

It is reasonable to anticipate entities deep within the Republican infrastructure were willing allies with the FBI and DOJ “small group”, hence we see John McCain, Jeb Bush, Mitt Romey, Ben Sasse, Jeff Flake, Paul Ryan, Carly Fiorina (and many, many, more) who likely understood the goals, objectives and benefits behind weaponizing the FBI/DOJ and intelligence community to eliminate their opposition. [Never forget the severity of the scheme within the original GOPe plan in the 2016 presidential primary.]

I have a slightly different spin.

What if the Clinton Foundation skulduggery -- soon to be revealed -- includes criminal participation by certain members of the GOPe?

That would make a lot of sense. Something so damaging as to effect both parties. I won't speculate on what I think can be found!

APOLITICALLY, both sides/all sides/libertarians, everyone, should be very very concerned with these literal 3rd world banana republic shenanigans of FLAGRANT lawlessness, Stalinist midnight raids (Manafort, Cohen), et al. Why on EARTH hasn't Hummer Aba-doo-ba Abedin's home w/laptop been raided yet where lurks OUTRAGEOUS evidence (for just one of infinite examples)? It's just the CONSERVATIVES whose ox is getting gored now - if the VERY tangible Deep State can carry this off for this long of a period with complete impunity they can and WILL do this to ANY people regardless of party affiliation that stand in their way. These are horrifying times.