“Reflect on what happens when a terrible winter blizzard strikes. You hear the weather warning but probably fail to act on it. The sky darkens. Then the storm hits with full fury, and the air is a howling whiteness. One by one, your links to the machine age break down. Electricity flickers out, cutting off the TV. Batteries fade, cutting off the radio. Phones go dead. Roads become impassible, and cars get stuck. Food supplies dwindle. Day to day vestiges of modern civilization – bank machines, mutual funds, mass retailers, computers, satellites, airplanes, governments – all recede into irrelevance.

Picture yourself and your loved ones in the midst of a howling blizzard that lasts several years. Think about what you would need, who could help you, and why your fate might matter to anybody other than yourself. That is how to plan for a saecular winter. Don’t think you can escape the Fourth Turning. History warns that a Crisis will reshape the basic social and economic environment that you now take for granted.” – Strauss & Howe – The Fourth Turning

I’m always a little behind when it comes to popular TV, especially when the shows are on premium cable channels. Being cheap, I’ve refused to pay for any premium cable channels, plus I’ve spent much of my life on baseball fields and in hockey rinks, rather than watching TV. When my kids recently signed up for HBO Now, I finally got to watch The Sopranos, eleven years after its final episode aired. Now I’m finally able to watch Game of Thrones, after it has been on the air for seven seasons. In the opening episodes I was impressed by the theme which permeates the series. Numerous characters stated “Winter is Coming”. I was immediately struck by the parallels with the Fourth Turning theory about the cyclical nature of our world. 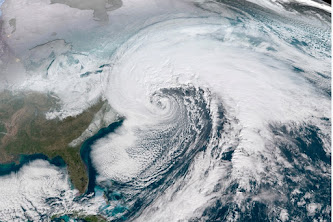 The phrase “Winter is Coming” has multiple meanings in the context of Game of Thrones. First, it is the motto of House Stark, referring to their vigilance regarding dark times ahead. It is a manifestation, meaning one should always be prepared for the worst. As rulers of the North, the Starks were always ready for anything that could happen because eventually something wicked would come. Thus, winter is coming. Another meaning was related to the actual seasonal dynamic in the land of Westeros. They had a very odd seasonal structure where summer and winter could last for long periods of time without anyone knowing when they would switch. They had experienced a long period of summer, meaning a long winter was coming.

The deeper metaphorical meaning of the phrase is how seasons are a reflection of sentiment and mood in our lives and in the world. Even though things may be going well in your world (summer), you know it won’t last forever – a dark period of bitter cold is coming and events will turn against you. The underlying message of the entire show is no one is safe and disaster, danger and death await everyone. Just when you think you are safe, the ominous foreboding of the phrase conveys the message that peril is just over the horizon. The advent of winter unquestionably foretells doom, destruction, and hostilities will rage on the winter winds in a never ending gale. Whether any character survives the onslaught of winter is always in doubt.

George R.R. Martin, the writer of the Game of Thrones books, was inspired by the Hundred Years War in creating the setting and mood of his dystopian adventure. The populations lived on the edge of starvation as the Black Plague, war, famine, and unyielding weather created a bleak existence. The allegorical use of winter in literature spans centuries, from Shakespeare’s winter of our discontent to the Fourth Turning describing our current Crisis period as winter in the generational cycle of history. Winter is used in Shakespearian plays, the Game of Thrones and the Fourth Turning as a metaphor to convey the dark and bitterly cold period wherein peril and death menace all who reside on this earth. Death and destruction come suddenly and un-expectantly during winter storms.

The generational alignment which happens every eighty to a hundred years unfolded once again in 2008, with a financial crisis on par with the 1929 Crash and subsequent Great Depression. It took until 2016 for a Gray Champion to appear, and to the surprise of the elitist chattering class it wasn’t Hillary Clinton, but billionaire real estate mogul Donald Trump. His arrival marked the beginning of the most perilous portion of this winter of our discontent.

“At each of these great gates of history, eighty to a hundred years apart, a similar generational drama unfolded. Four archetypes, aligned in the same order – elder Prophet, midlife Nomad, young adult Hero, child Artist – together produced the most enduring legends in our history. Each time the Gray Champion appeared marked the arrival of a moment of “darkness, and adversity, and peril,” the climax of the Fourth Turning of the saeculum.” – The Fourth Turning – Strauss & Howe

There is a major misconception regarding the term Gray Champion. The term champion has a positive connotation as an admired winner who is universally cheered and esteemed. This is why half of the people who read Donald Trump described as the Gray Champion immediately tune out or go ballistic. The true meaning of champion in this context is an advocate for a specific cause or agenda. Strauss and Howe borrowed the phrase from Nathaniel Hawthorne as he reflected upon the arrival of prophet generation graying stalwarts who decisively took control when all appeared lost.

“One afternoon in April 1689, as the American colonies boiled with rumors that King James II was about to strip them of their liberties, the King’s hand-picked governor of New England, Sir Edmund Andros, marched his troops menacingly through Boston. His purpose was to crush any thought of colonial self-rule. To everyone present, the future looked grim.

Just at that moment, seemingly from nowhere, there appeared on the streets “the figure of an ancient man” with “the eye, the face, the attitude of command.” His manner “combining the leader and the saint,” the old man planted himself directly in the path of the approaching British soldiers and demanded that they stop. “The solemn, yet warlike peal of that voice, fit either to rule a host in the battlefield or be raised to God in prayer, were irresistible. At the old man’s word and outstretched arm, the roll of the drum was hushed at once, and the advancing line stood still.” Inspired by this single act of defiance, the people of Boston roused their courage and acted. Within the day, Andros was deposed and jailed, the liberty of Boston saved, and the corner turned on the colonial Glorious Revolution.

“Who was this Gray Champion?” Nathaniel Hawthorne asked near the end of this story in his Twice-Told Tales. No one knew, except that he had once been among the fire-hearted young Puritans who had first settled New England more than a half century earlier.

Would the Gray Champion ever return? “I have heard,” added Hawthorne, “that whenever the descendants of the Puritans are to show the spirit of their sires, the old man appears again.”

Posterity had to wait a while before seeing him again—the length of another long human life, in fact. “When eighty years had passed,” wrote Hawthorne, the Gray Champion reappeared. The occasion was the revolutionary summer of 1775—when America’s elders once again appealed to God, summoned the young to battle, and dared the hated enemy to fire. “When our fathers were toiling at the breastwork on Bunker’s Hill,” Hawthorne continued, “all through that night the old warrior walked his rounds.” This “old warrior”—this graying peer of Sam Adams or Ben Franklin or Samuel Langdon (the Harvard president who preached to the Bunker Hill troops)—belonged to the Awakening Generation, whose youth had provided the spiritual taproot of the republic secured in their old age.

“Long, long may it be ere he comes again!” Hawthorne prophesied. “His hour is one of darkness, and adversity, and peril. But should domestic tyranny oppress us, or the invaders’ step pollute our soil, still may the Gray Champion come….” Although Hawthorne did not say when this would be, perhaps he should have been able to tell.” – The Fourth Turning – Strauss & Howe

I have been focused on Trump as the Gray Champion, as he becomes the lightening rod during the second half of this Fourth Turning. Domestic tyranny is spreading across the land as the Deep State attempts to maintain their stranglehold over the financial, political and media levers of our surveillance state. Our hour of darkness, adversity and peril is approaching like a deadly winter storm. The arrival of Trump through the wintry mist has not rallied the entire country to his cause.

His entrance into the Swamp has divided the country into two competing camps, unwilling to compromise or cooperate in doing what’s right for the long-term benefit of the country. The advent of Trump has exacerbated the three driving core elements of debt, civic decay and global disorder. He is a lightning rod, not a healer. The vitriol, hate, and animosity engulfing the country is reminiscent of the years leading up to the Civil War.