President Donald Trump reportedly told special counsel Robert Mueller in writing earlier in November that he did not know about his son’s infamous June 2016 meeting with Russians before it occurred and that he was not informed by his longtime confidant, Roger Stone, that WikiLeaks planned to release information damaging to the Clinton campaign, according to CNN.

Trump submitted the answers Nov. 20, after months of tense negotiations with Mueller’s team over the scope of the questions. Trump’s lawyers fought to exclude questions about possible obstruction of justice over the firing of James Comey as FBI director. They also opposed a sit-down interview with prosecutors, vying instead for responses provided in writing. 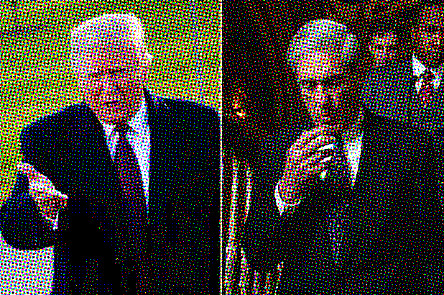 The two sources familiar with the matter did not give CNN any direct quotes.

The Trump Tower meeting and WikiLeaks email dumps have been a central focus of Mueller’s investigation into possible collusion between the Trump campaign and Russian government.

Donald Trump Jr. met with a group of Russians on June 9, 2016, after an associate contacted him offering information on Hillary Clinton.

“If it is what you say I love it,” Trump Jr. responded to the associate, a music publicist who worked for Emin Agalarov, the son of Russian oligarch Aras Agalarov.

Trump Jr. and Trump have both claimed publicly Trump was not aware of the meeting before it occurred.

Democrats claimed the meeting was an attempt by the campaign to collude with Russia. But Trump Jr. and members of the Russian delegation asserted nothing came of the meeting. They said the Russian lawyer who led the meeting, Natalia Veselnitskaya, failed to produce any information on Clinton. She also used Clinton dirt as a pretext to discuss rolling back the Magnitsky Act, a sanctions law vehemently opposed by the Kremlin.

Veseltnitskaya at the time also happened to be working on a Magnitsky-related project with Fusion GPS, the Democrat-funded opposition research firm that commissioned the infamous Steele dossier. (RELATED: Fusion GPS Founder Met With Russian At Center Of Trump Tower Saga)

Whether Stone told Trump or others on the campaign about WikiLeaks’ plans to release emails has been a major part of the investigation.

Prosecutors want to know whether the campaign directed or had prior knowledge of WikiLeaks’ plans to release emails stolen from the Democratic National Committee (DNC) and Clinton campaign chairman John Podesta.

Stone is under investigation because of some of his public comments that showed he had some insight into WikiLeaks’ activities. But the longtime GOP operative has insisted he had no contact with WikiLeaks founder Julian Assange and he did not know Podesta’s emails had been stolen until WikiLeaks released them Oct. 7, 2016.

Stone claims he received some tips about WikiLeaks’ plans from Randy Credico, a left-wing activist who claimed to be close friends with a lawyer for WikiLeaks. Credico has denied being Stone’s conduit, but Stone released text messages Nov. 14 that showed Credico provided him with insight into the significance and timing of WikiLeaks’ releases.

So how did CNN get the information about any of this before anyone else and before it is publicly released?
The Deep State is still entrenched!