Given the miniaturization of technology, does it really make sense to build ever larger aircraft carriers and submarines? Or can swarms of nano-weapons acting collectively achieve more effective results? And can they do so at far lower cost (measured in both human lives and capital)?

According to Louis A. Del Monte in Nanoweapons, the scientific community seems to agree: 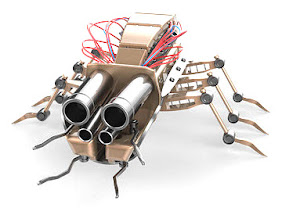 The consequences could be alarming. Consider the following examples of possible nanoweapons, just off the top of my head: 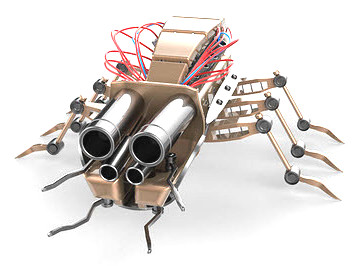 Further complicating matters, the manufacture of such devices could be as simple as using a 3D printer.

Responding to these advances will require innovation surrounding defensive countermeasures. These could include the use of advanced sensors for detection and "killzones", perimeter points where drone technologies are disabled using audible, optical, and electronic means.

But it's safe to say that the rise of nanoweapons will be accompanied by redefining what can be called "weapons of mass destruction".

I think it far more likely (80%) that an economic downturn enables a dictatorial Socialist regime to take over plunging Western civilization into unrecoverable ruin with dire consequences for the rest of humanity. Gone will be innovation or even the means to maintain the high tech infrastructure mankind now depends on. The next dark ages.

That's a valid scenario, Whoopie. For sure.