AS TRUMP MOBILIZED AGAINST CORONAVIRUS: Democrats Focused on Impeachment 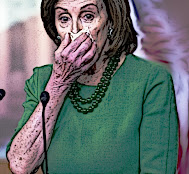 On January 15, House Democrats delivered two articles of impeachment to the United States Senate. Democrats knew the Republican-controlled Senate would not have enough votes to convict President Trump. But that didn’t deter House Speaker Nancy Pelosi (D-Calif.) from wasting government time, resources, and attention for months in a doomed effort to remove Donald Trump from the White House.

Six days later, on January 21, the first known case of novel coronavirus (COVID-19, or the Wuhan virus) was reported in the United States.

While the Left and NeverTrump Right predictably gather steam to condemn Trump for his handling of the coronavirus pandemic, congressional Democrats have escaped any accountability for ignoring the early stages of the outbreak. And, with no sense of irony, the very journalists and pundits who cheered impeachment are the same folks now blasting the president for “not doing enough” to stop the spread of COVID-19.

Let’s back up for a moment: Since before Donald Trump took the oath of office, the Left and NeverTrump Right have been on a destructive crusade to crush his presidency. It is unlike anything in recent political history—no tactic has been considered too beyond-the-pale or in violation of sacred limits. The Russian collusion farce and ensuing special counsel investigation into an imaginary crime monopolized the White House’s attention for more than two years. When that failed, House Democrats and their administrative toadies in government concocted the Ukrainegate scandal that began the month after Robert Mueller’s disastrous testimony on Capitol Hill. 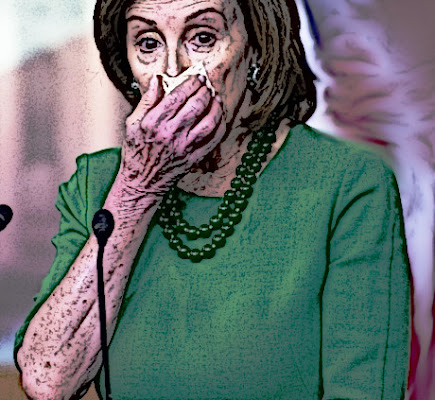 As the impeachment inquiry got underway in late 2019, the coronavirus was devastating parts of China. Even though his White House was under siege, President Trump took action: On January 29, the president announced the formation of a special task force and declared coronavirus a “public health emergency.” A few days later, on January 31, Trump halted travel from China, a move largely viewed as a pivotal step to minimize the disease’s spread here.

Democrats, including several presidential candidates, accused the president of “fearmongering” and xenophobia. Joe Biden opposed the travel ban. “This is a virus that happened to pop up in China. But the virus doesn’t discriminate between Asian versus non-Asian,” Rep. Ami Bera (D-Calif.) dimly told Politico. “In our response, we can’t create prejudices and harbor anxieties toward one population.”

On the same day that Trump announced the travel stop and mandatory quarantine of Americans coming back from afflicted regions, Democrats, rather than address the legitimate threat to the nation, instead pushed to extend their impeachment charade by demanding more witness testimony.

Complaints But No Solutions

Democrats remained mostly silent on the coronavirus menace throughout February.

One sparsely-attended hearing held by the House Foreign Relations Committee on February 5–the day Trump was acquitted—offered little in the way of solutions or a plan to combat the various exigencies related to the illness. One witness was Ron Klain, a partisan Trump-hater and Obama’s so-called Ebola czar who by January 30 had already written a lengthy screed warning Americans that the president’s “war on government has decimated crucial functions” and agencies would not be prepared to fight coronavirus.

Post-impeachment, Democrats continued to pour more rage and derision on the president as the disease took hold in other countries.

House Speaker Nancy Pelosi (D-Calif.) ignored the risk for most of the month as she gloated about her successful impeachment effort. During her weekly presser the first week of February, Pelosi didn’t even mention coronavirus, choosing instead to explain why she tore up Donald Trump’s state of the union address on national television while snubbing American heroes. And rather than call an emergency session as the threat escalated, Pelosi’s House adjourned on February 13 and didn’t return to business until February 25.

In fact, Pelosi’s first public comment on February 24 about the Wuhan virus wasn’t until a month after the first U.S. case was reported.

“Americans need a coordinated, fully-funded, whole-of-government response to keep them and their loved ones safe,” Pelosi said, as if she were a bystander and not one of the most powerful politicians in the country. “The president’s request for coronavirus response funding is long overdue and completely inadequate to the scale of this emergency.”

Her first tweet on the matter also posted that day—weeks after Trump started taking action.

But Pelosi wasn’t the only Democratic leader asleep at the switch during a critical period of global escalation. During a February 26 meeting of the House Appropriations subcommittee on labor, health and human services, and education, coronavirus came up briefly with Health and Human Services Secretary Alex Azar. (The budget hearing then veered into unaccompanied minors at the border and gun violence.)

While Americans became more alarmed this month about a possible pandemic, Pelosi, of course, played partisan games. House Minority Leader Kevin McCarthy (R-Calif.) accused the speaker of delaying a vote on additional coronavirus funding to use it in campaign ads against Republican lawmakers.

The House passed, and President Trump signed, a bill to provide $8.3 billion to help state and local governments defray extra costs to fight the predicted epidemic.

Even now, as the stock market crashes, sporting events are canceled, business owners panic, and college campuses empty out, perhaps for the rest of the academic year, House Democrats are dragging their feet on an emergency aid package to help Americans affected by the crisis.

Pelosi waited until late Wednesday to announce a relief package—hastily drafted in just the past few days—laden with unrelated and divisive progressive goodies such as permanent paid sick leave and changes to Medicaid. House Republicans have voiced their objections to the plan.

But the House is again scheduled to adjourn until at least March 23. Pelosi pushed back on delaying the break to iron out any differences with the White House or her GOP counterparts. “I’m not sticking around because [House Republicans] won’t agree to language,” Pelosi told a reporter during a press briefing on Thursday morning. “Save it for another day.”

The administration, as is the case in any unexpected calamity, deserves some scrutiny for how aspects of the coronavirus threat have been managed, such as the preparation and distribution of test kits. But there is no excusing the absence of leadership by Democrats on Capitol Hill who not only ignored the unfolding debacle but stood in the way of quick action.

The Democrats’ destructive impeachment crusade must factor into any fair examination of how the government addressed the coronavirus outbreak in its nascent stages. Had lawmakers paid more attention to a legitimate national threat and had the president not been encumbered by the Democrats’ months-long impeachment distraction, the preparation and remedies might look very different right now.

Impeachment didn’t just impact Donald Trump. Now all of us are paying the price for the Democrats’ selfish and destructive campaign against the president. He alone should not beat the burden of scrutiny—Democrats wanted power and they abused it on impeachment at the expense of the greater good.

dev said...
This comment has been removed by a blog administrator.
10:48 AM