The #Obamagate scandal no one is talking about

Our government's vast surveillance systems were illegally used to spy on U.S. citizens by the Obama administration for many years. Perhaps since before 2012. The government has quietly admitted as much --- on several occasions. And no one has paid the price. No one.

The big deal? Reports say that those contractors were illegally surveilling U.S. citizens to gain blackmail material, in both the political and economic realms.

Un-funny punch line: the dude supposed to be investigating this corruption is named John Bash. 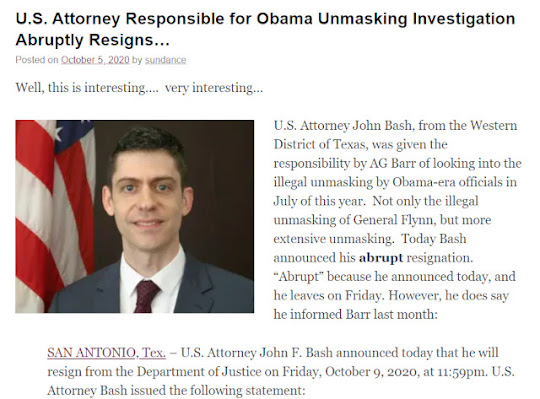 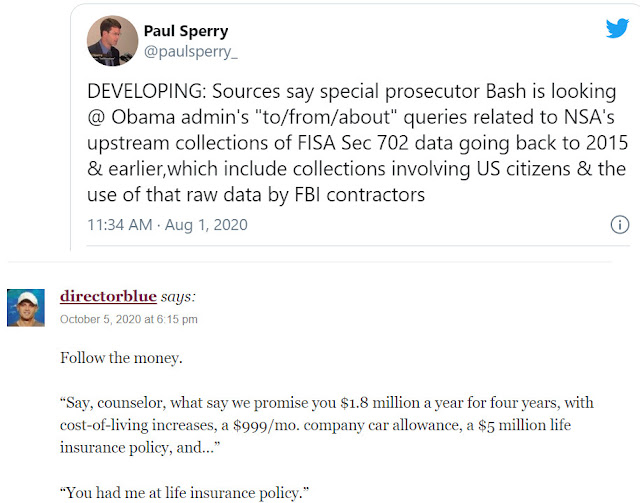 And Bill "Mr. Soundbite" Barr didn't bother to say anything? Barr, pushing 70 something will never do anything about this. He's waiting to retire, get a fat advance on his tell-all book and then hit the media circuit like they all do. What an incredibly wasted paycheck he is.