Thirteen men and women, plus the unborn child of Pvt. Francheska Velez, died in the bloody terrorist rampage at Fort Hood three years ago today. 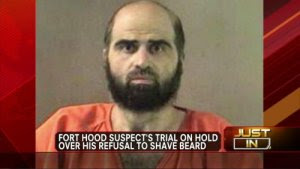 The current appeaser-in-chief refuses to abandon the dhimmi definition of the attack as “workplace violence.” Need more reason to get out tomorrow and vote him out?

Listen to the families of those who were murdered.

America's national security hangs in the balance with this election. The debacle in Benghazi and President Obama's whispered promises of "flexibility" to Russia's President are only the most obvious signs of an impending disaster.

ON HIS FIRST DAY, PRESIDENT ROMNEY OUGHT TO ORDER THE MILITARY TO ISSUE THE FT HOOD VICTIMS PURPLE HEARTS.