The San Bernardino jihad massacre is the latest jihad atrocity, but it’s just like the last one, and just like the next one: it has played out in exactly the same way that the last jihad atrocity did, and in just the same way that the next one will play out as well. Mass killings by “radicalized” Muslims are followed by earnest statements from the President and the mainstream media that we must not rush to judgment, that the motive of the shooters was unclear, that we need gun control, that we need to address the real threat of climate change, that Muslims fear “Islamophobia,” and so on. It’s always a new massacre, but it’s always the same story.

Surely by now mainstream media reporters don’t even need to roll out of bed to file their stories. How much legwork does it take to write, “Syed Farook and Tashfeen Melik murdered 14 people at a Christmas party in San Bernardino; yes, Farook was a devout Muslim, but authorities are searching for a motive; moderate Muslims condemned the attack and said they feared anti-Muslim backlash”? Change the names and date, change the number of victims and the place, and they’ve filed that story dozens of times. They can just take out their last New York Times or CNN piece on the Paris jihad attack, change the details, hit send, and pour a cold one. 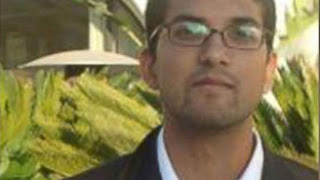 A few years ago, a couple of writers for Salon.com showed up at a panel at the Conservative Political Action Conference (CPAC) on which I was speaking, and were deservedly ridiculed after they were caught writing their story before the panel had even begun. But you can’t really blame them for trying to save some time: their story was going to be the same “Racist Bigoted Islamophobes Say Egregiously Evil Things” no matter what anyone on the panel really did say, so why not get a head start on the writing?

With San Bernardino, and every jihad attack, it works the same way. The media trims the facts to fit the Procrustean bed of their narrative, such that, in this case, most of the American public will likely never hear that San Bernardino jihad murderer Syed Farook had been “radicalized”; or that he had been in touch with Muslims being investigated for jihad terror activity; or that he spent his free time in the mosque, memorizing the Qur’an.

If they do hear about such things at all from the mainstream media, their significance won’t be explained: no one on CBS or NBC or ABC or PBS or NPR or in the New York Times or the Washington Post will remind his or her audience that the Islamic State and other jihad groups consider themselves to be at war with the United States, and have explicitly and repeatedly called upon Muslims in the U.S. to commit mass murder of American civilians. Would anyone have wondered about the motive of a German national who slaughtered fourteen Americans on U.S. soil in 1943? Of course no one would have, but that was a long time ago. Now we are engaged in a great ignored war, a war that only one side is fighting, a war in which enemy combatants are tried in civilian courts – as if they were criminals, not enemy soldiers -- by a government that desperately wishes to maintain the illusion that there is no war at all.

This play has played to rapt audiences in Boston and Fort Hood, and all over the country. It is so familiar that all the players hit their marks with the nonchalant and unthinking precision of the overtrained. But it needs to close. The endless proclamations after every jihad attack, that it has nothing to do with Islam, and that Muslims are the real victims, are not only ludicrous; they’re offensive. The mainstream media and the Obama Administration have insulted the intelligence of Americans long enough. Their denial and willful ignorance are endangering us all, as they continue to behave after every jihad attack that their primary duty is not protecting Americans, but protecting Islam’s image.

San Bernardino has so far been just another production of this dreary little play, but it still has a chance to be much more than that. If Americans see the real lessons of San Bernardino and no longer accept this nonsense we are being fed; if we demand of our elected officials and presidential candidates that they must speak the truth about this threat we are facing, and formulate realistic ways to counter it, or their political careers will be over; if we no longer accept this endless portrayal of Muslims as beleaguered victims of “Islamophobia” after every murder of non-Muslims by Muslims – then San Bernardino could be a defining moment.

But for that to happen, people would have to be informed as to the true parameters of this issue, and those who are charged with informing them are instead doing all they can to spread disinformation. So San Bernardino will fade in memory once it is replaced by the next jihad carnage. And that one won’t have anything to do with Islam, either. Journalists can get their stories ready now, so that when that carnage comes, they can just fill in the requisite blanks and be the first to file. In fact, they better have five or ten jihad attack story templates ready. They’re going to need them.

Robert Spencer is the director of Jihad Watch and author of the New York Times bestsellers The Politically Incorrect Guide to Islam (and the Crusades) and The Truth About Muhammad. His latest book is The Complete Infidel’s Guide to ISIS. Follow him on Twitter here. Like him on Facebook here.

Some websites are now reporting that the woman involved may have been someone other than who we are told she was.Some commenters of middle eastern origin say that the name 'Tashfeen Malik' is used like 'John Smith' in this country as a fake name by those with something to hide.The Pakistan address she gave to U.S. officials who supposedly vetted her back story before she was admitted to the country doesn't exist,according to several major news networks.So much for Obama's claim of thorough vetting of refuges.So who was running this terrorist activity?Who were the people coming and going to the apartment where the terrorist suspects lived?

Yeah, the media is all over the "radicalized" angle. I overheard some teleprompter reader, aka reporter on Fox News referring to Tashfeen as a "lady". I guess Prince Alwaleed bin Talal has ordered Fox to tone it down as much as possible.

The media is absurd in a bunch of aspects. Look how some were questioning the motives of the planned parenthood shooter: could be a bank robbery; maybe he is transgendered; we don't know if the shooter screaming about baby parts means he was a terrorist. Seriously they think people are dumb. Yes someone who shoots people up for religious reasons is terrorism. Yes man who enters health clinic and shoots it up for religious reasons is terrorism. They need to report the facts instead of making up their own story so many idiots fall for.

She didn't come over as a refugee. Not the same process at all. Maybe it should be! She would stil be waiting of she was a refugee to get access that takes up to three years not a couple months of vetting she went through on a marriage visa.