WCBS News in New York offers us a classic example of a manipulative and dishonest media. Our "free press" is biased and is nudging us in one direction – leftward. Here are two disturbing examples though there are many in any given day.

Yesterday at 7:50, they had the president of the notorious leftist organization Southern Poverty Law Center (SPLC) discuss the Charleston killer. That is the mass shooting that they deploy, not San Bernardino, not Fort Hood, not Garland, but the single mass shooting of blacks by a mentally ill white person. President Richard Cohen was presented as if he were mainstream and his opinion was fact as he blamed right-wing rhetoric and white elitism for the Charleston killer. Whites are afraid of losing their power, he claimed.

His rhetoric is meant to drive racial division through contempt towards whites on the right. The problem is that hate is never stationary and will be generalized to all whites and all on the right. The Charleston killer was obviously mentally ill but Cohen never mentioned that. 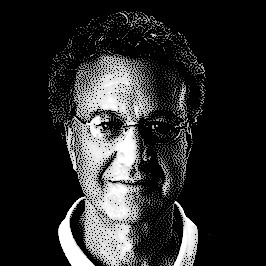 He is an extremist, his organization is a left-wing hate group, and his views are clearly outside the mainstream, yet CBS “nudges” Americans by subtly pushing his views as fact.

At the end of April, the now-retired icon of leftism at CBS, Bob Schieffer, attacked the Family Research Council as a hate group, designated as such by the SPLC. The Council is an innocent Evangelical organization but their crime is believing marriage is between a man and a woman.

Click on any of the links to find out more about the SPLC or here and here. They’re considered Islamist sympathizers and have found common cause with the Communist Party.

By 6:30 pm EST, WCBS was presenting a completely distorted tale of Clinton-Trump-ISIS videos. Hillary lied during the last debate few watched thanks to its timing on a Saturday night. She stated as if it were fact that Trump was appearing in ISIS recruitment videos.

WCBS presented it as Hillary saying Trump was being used by ISIS for recruitment.

It was a subtle, a play on words, not an outright lie, but a dishonest portrayal meant to deceive.

This is how our media sees themselves – as nudgers of the ignorant masses who need to be controlled.

I would have included the obnoxious soundbites but the only podcast missing from their website is January second’s as fate would have it.

The media influences all matters, including Benghazi.

Coincidentally, Ben Rhodes, an Obama spokesperson, is a brother of CBS News President David Rhodes. ABC News President Ben Sherwood has a brother working at the White House, but the corruption doesn’t end there.

that English guy was wrong, it's not lawyers...it's journalists.....maybe both?