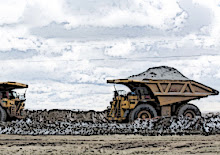 America’s two largest coal mines each laid off 15 percent of their workforce -- 465 employees -- in one day.

Not one national news outlet ran the story. This travesty deserves national attention.

Barack Obama and his EPA are continuing their War on Coal and War on Jobs... and no one in America -- except the miners, their families, and their communities -- seems to care.

Coal miners make an average of $80,000 a year. That’s $37,200,000 of taxable income gone. The local and state economy, which was already struggling because of oil and gas layoffs, is collapsing and not one person outside of the state of Wyoming has spoken a word about it. 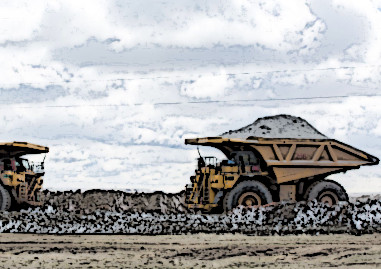 Peabody Energy cut 235 people at North Antelope Rochelle, or 15 percent of the workforce at America’s largest mine. Arch Coal said it was cutting 15 percent, or 230 people, at its Black Thunder Mine near Wright.

The news comes in the face of an extended downturn in the coal market and amid a rising tide of environmental regulations. It also marks a new chapter for Wyoming’s coal industry, which has largely avoided the massive cutbacks seen in Appalachia and elsewhere.

...A rapid-response team has been assembled to offer miners assistance finding health insurance and signing up for unemployment, the governor said. Community colleges, he added, will be considering their programs to see where they may be able to offer additional job training.

...The layoffs are notable, as they come at what are generally reckoned to be the largest and most cost-effective mines in the country. North Antelope Rochelle and Black Thunder generally mine around 100 million tons of coal annually.

To be fair, cheap energy prices have also taken their toll.

With that said, Obama's well-publicized pledge to bankrupt the fossil fuel industry is pretty much the only campaign promise he's followed through on.

It's not only the coal miners, but the railroaders, truckers, and bargemen who transport coal have also taken a hit.

Not only them but the local economies such as restaurants, tire stores, etc. Where is the wasted money from the Chamber of Commerce PAC that we all pay into. No one ever hears of them anymore.


I waiting to see if they continue to vote democrap again in the upcoming elections. It's not like they weren't told what he was going to do.

Although it is certainly a "chicken-egg, which came first" deal, Arch Coal filed bankruptcy several months ago and the coal company has serious problems with underground mines principally in Appalachia. I thought that its Powder River Basin excavations would survive unscathed with coal exports increasing on the west coast. Wyoming is home to the cheapest coal mining operations in the world.

But you have to make creditors happy now if you want to survive.

The only way for Obama's "green agenda" to succeed is if energy prices increase to 12-13 times their current rates, minimum. So putting the coal industry out of business makes sense, to him. People suffering and dying isn't a concern, to him.