Nicodemo Coria-Gonzalez, a 26-year-old illegal alien from Mexico now in custody in Austin, Texas, is thought by detectives to be a violent serial sexual predator who since December had terrorized women in North and Northeast Austin. Previously deported five times, he could serve as Donald Trump's new poster boy for get-tough deportation policies and a massive border wall -- replacing San Francisco's Juan Francisco Lopez-Sanchez, the undocumented Mexican immigrant facing murder charges for shooting 32-year-old Kathryn Steinle as she strolled with her father along a trendy pier. That crime inspired “Kate's Law.” Like Austin's Coria-Gonzalez,  Lopez-Sanchez had a long rap sheet and had been deported five times.

One of Coria-Gonzalez's reported victims was a 68-year-old woman who walks with a cane. He had spotted her sitting at a bus stop and offered her a ride to the store. She was sexually assaulted.

Austin, the state's capital, is a trendy liberal enclave in a red state, as well as being a hi-tech mecca, college town, and veritable sanctuary city. It attracts many undocumented immigrants seeking work from employers who have no qualms about hiring them. Austin prohibits police from reporting illegal aliens to immigration authorities. The Travis County sheriff's office, on the other hand, cooperates with U.S. Immigration and Customs Enforcement, or ICE, and holds jailed suspects in the Austin area on “immigration detainers" made by ICE. That may change in the near future, however, because the popular Democratic candidate for Travis County sheriff, Constable Sally Hernandez, has pledged to follow the same policy as San Francisco and stop cooperating with federal immigration authorities. This would make Austin the first full-blown sanctuary city in Texas. “I just don't think you solve the criminal justice process by deporting them,” the liberal Democrat told the Texas Tribune. “We talk about being progressive. I believe we need to lead the way.”

ICE says Coria-Gonzalez was previously deported five times between 2012 and 2015. During those years, his rap sheet included three drunken driving arrests and tampering with a government record. After his arrest last month, ICE quickly filed an immigration detainer against him, thereby ensuring he remains in jail even if he makes his $890,000 bond. 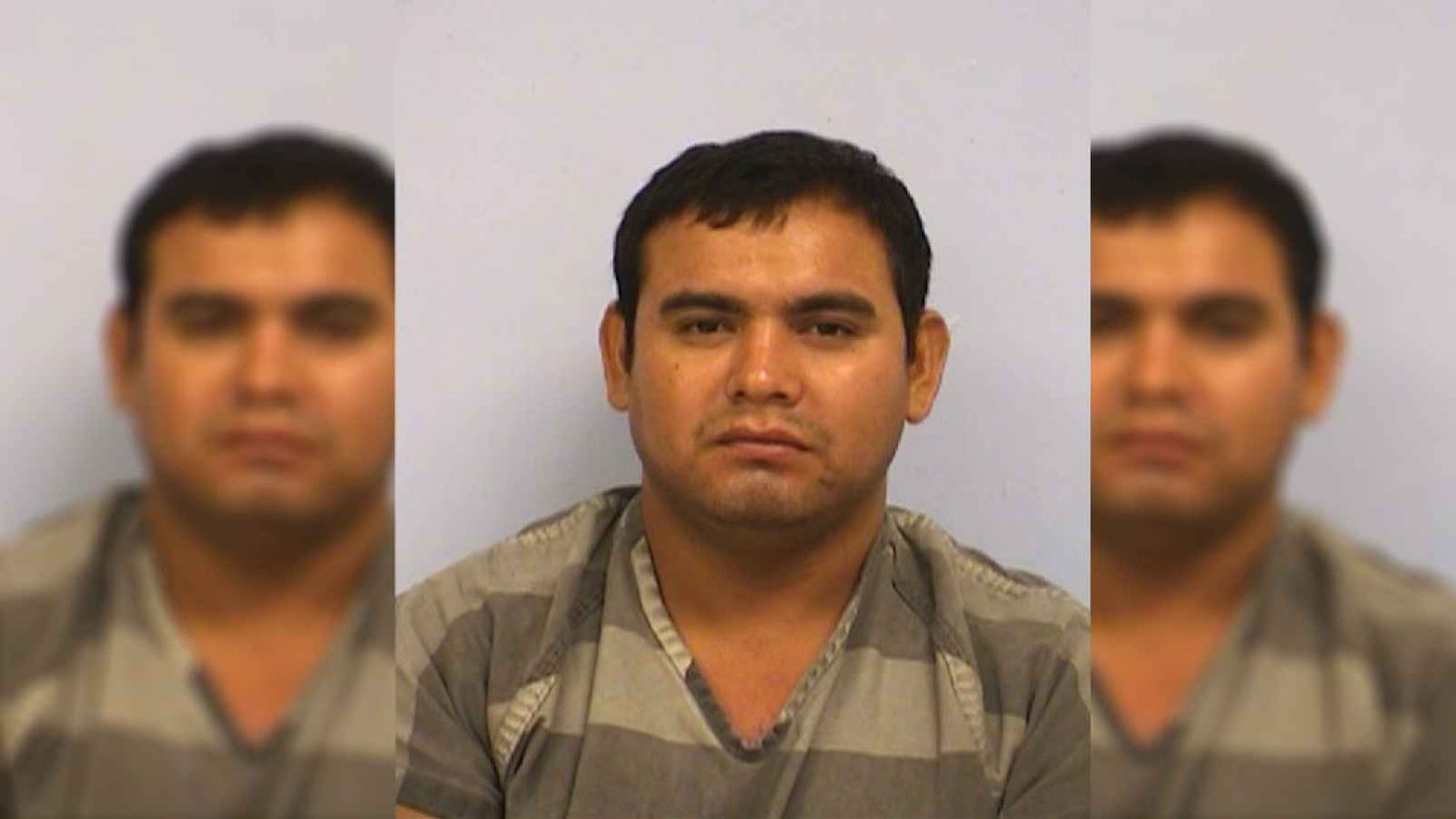 Police believe Coria-Gonzalez may have assaulted at least 10 women and are asking victims to come forward. He presently faces two counts of kidnapping, two counts of aggravated assault, and one count of aggravated sexual assault – all related to three attacks. One of his victims was stabbed several times. She had pulled out a knife when fighting off Coria-Gonzalez, but he turned it on her. She escaped with her life.

Police tracked down and arrested Coria-Gonzalez for allegedly kidnapping a prostitute and trying to set her on fire after dousing her with gasoline. He had offered to give her a ride to a gas station to buy cigarettes. She escaped unharmed. Detectives subsequently connected Coria-Gonzalez to other violent sexual assaults after identifying his car in the gas station's surveillance video. In all, he assaulted at least six women at a favorite location – a remote area he called his “garden," police said.

“We do know there are additional victims out there who have not come forward…We're not sure of how many,” Robert Thompson, a detective with the Austin Police Sex Crimes Unit, told local news channel KXAN. Noting that Coria-Gonzalez's crime spree had become increasingly violent, he said that “We believe probably about half (his victims) are prostitutes.” They ranged from their early 20s to late 60s.

“Kate's Law,” which was derailed by Democratic lawmakers, would have mandated long prison sentences for illegal immigrants who return to the U.S. after being deported. Had the law been on the books, Kathryn Steinle may not have died – and Austin would have been spared from Coria-Gonzalez.

Coria-Gonzalez, to be sure, is hardly the first illegal alien from South of the Border to run afoul of the law, including for sexual assault – a crime that is widespread in Mexico's culture. Indeed, rape is a veritable courtship ritual in Mexico's backward hinterlands, home to Mexico's peasant culture from which most of Mexico's illegal immigrants come. And, no, Donald Trump didn't say that. That's according to a Pulitzer Prize-winning article in The Washington Post: “In Mexico, an Unpunished Crime.”

It's hardly surprising, then, that 80 percent of woman and girls journeying illegally to the U.S. report having been raped while traveling through Mexico.

The number of criminal illegal aliens in America is not known; definitive statistics are hard to come by. But in her book “Adios, America: The Left's Plan to Turn Our Country into a Third World Hellhole,” conservative author and pundit Ann Coulter teased out some alarming figures, writing: “The available data suggest that the crime rate among immigrants is astronomical.” She explained that in 2006 “nearly a third of the 2 million prisoners in state and local facilities that year were foreign born. Piecing together state and federal reports, it appears that half the correctional population in California consists of illegal aliens.”

No doubt this reflects what ordinary Americans have been seeing up-close; or have long suspected when regularly seeing crime reports in their local media outlets. No wonder Donald Trump struck a nerve when asserting that more than a few of Mexico's illegal immigrants are criminals: drug dealers, gang bangers – and, yes, rapists.

Obviously, all that diversity that liberals tout as being good for us isn't all it's cracked up to be. Just ask Coria-Gonzalez's victims – and all those ordinary Americans that Hillary Clinton disparages as “deplorables.”