So If Trump Said Some Bad Things…

Lots of them, in fact.

But let's be straight here, ok?  If you want to give Trump **** for being a and saying things that  say from time to time,

You know, that didn't just make news.   and thus will be  ensconced in American history,(Revenge from Mars, by Williams Co.). Since we're talking about things that were said and done roughly 10 years ago in Trump's case, this also fits for the same reason -- it's (roughly) from the same timeframe when it comes to the Clintons.

Yes, the meme became  infamous -- Bill Clinton liked to diddle interns with a cigar (and then, presumably, ) -- 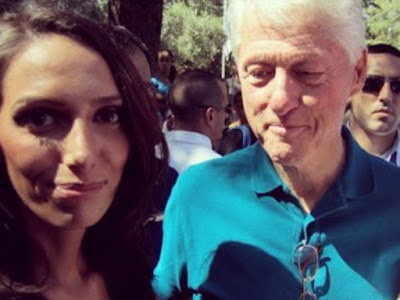 So cut the crap, eh?  Front page news?  Give me a break.  What one  is nowhere near the gravity of what one .  And when it comes to , Hillary takes the cake.  If you care about women then someone who has  throughout her  adult life and career repeated, blatant and  exploitation of women until a cum-stained blue dress literally turned up in an inappropriate place

The double standard on display here among the political cognoscenti, the press and a large percentage of the population is outrageous.  Let me remind you while Bill Clinton is not running for office Hillary is.  To restate the above, just for emphasis:  Hillary Clinton has, through her political and professional life, made a practice out of women who were of sexual harassment, assault and abuse of power.  The public record of this with her chortling about the 41 year old rapist -- of a 12 year old girl, no less -- that she got off; a woman who has now come forward.  It continued during Bill's time in government when Hillary sought to destroy any woman who accused her husband of sexual offenses,   She even went for the term "bimbo eruptions", and arguing that their accusations were fantasy cooked up by some "vast right-wing conspiracy."

Hillary's complicity in the outrageous abuse of women didn't end with Bill's departure from the White House either -- no, it continued well after that


LISTEN to Hillary's "hot mic" moment, laughing about getting a Pedophile off here: http://freebeacon.com/politics/audio-hillary-clinton-speaks-of-defense-of-child-rapist-in-newly-unearthed-tapes/

HillBill's words & actions since 70s aren't bothersome, but MrT makes lewd remarks 11YEARS ago & OMG, I'm hyperventilating, my knees are buckling & I think I'm gonna poop when I faint!! Where's my Safe Space?!? How will my bruised feelings ever recover? That's it - I'm changing my vote to the Angel.

The fake gasps & mock outrage makes me wanna vomit as forcefully as Linda Blair in 'The Exorcist.'

Have you heard the one about the Most Powerful Man on Earth who used his Oral Orifice to ask a young woman, 3yrs outta teenage status, to disrobe, lie back on a desk, & simulate a sex act by repeatedly shoving a cigar into her Oval Orifice, in a locked Oval Office, so that he, Sick Willy, could Drop Trou & watch, while polishing his Slick Willy, til he reached that volcanic moment when Bubba's Special Elmers-Glue-Juice spewed all over this young woman & her lovely Blue Dress?

Way cool right? Why not let him move back into the place & let him try his luck with the newbees?

We can do that by Super-Hyping remarks made by MrT 11yrs ago & pretend our hair is on fire & our faces are melting off with offendedness, while plugging our ears when HC calls Bernie fans & millennials a 'Bucket of Losers' to Goldman Sachs, & calls Trump ppl 'Deplorables' (Support HC & you're a 'Lovable')
We can also ignore HRC's "hot mic' moments like laughing about getting a PEDOPHILE off.

Re respect for women, how many of them has HRC threatened, bullied, & defamed because
of her husband's ACTUAL ACTIONS - NOT WORDS - AGAINST WOMEN? That bothersome?
In Libya, HC's negligence caused the DEATHS OF FOUR AMERICANS. Is THAT bothersome?
White House Spokesman Tommy Vietor told a News Anchor, "Dude! That was like 2 years ago!"
.