CENSORSHIP AT THE HILL: Spencer article pulled after pressure from Leftists and Islamists

The Hill published my piece on Lindsay Lohan’s possible conversion to Islam yesterday; you can read it in its entirety here, but you can’t read it at The Hill. It was a minor piece about a minor celebrity, but it caused the foes of freedom major agitation. All day today, Leftists and Islamic supremacists have been tweeting at The Hill, outraged that they published the “racist” “hatemonger” Robert Spencer.

What was “racist” or “hateful” about the actual article they did not and could not say, because there wasn’t really anything racist or hateful about it. But The Hill has succumbed to the neo-fascist impulse, emulating the Nazi Brownshirts who shouted down and physically menaced anti-Nazi professors in Germany in the early 1930s, and has pulled the article. Leftists and Islamic supremacists cannot engage their foes intellectually any more than the Nazis could, and so they do what the Nazis did: demonize and stigmatize them until people are too intimidated and ashamed to hold their positions. Any opinion that violates Sharia blasphemy laws must be silenced. And there is no end of cowards in the West who willingly become mute as fish when thus challenged. 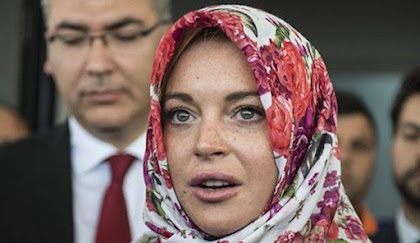 I will happily debate, in any public forum, with any serious Leftist or Muslim spokesman, any of the points I made in that article or in any of my other writings. But they will not engage on that level. They know they can only win by shouting their opponents down and forcibly shutting them up. And they have prevailed upon The Hill tonight. It was less bloody than the carnage at the Charlie Hebdo offices in Paris in January 2015, but the motion was otherwise the same: foes of jihad terror and Islamic supremacism were forcibly silenced, which is the only way we can be silenced.

The cowards who give up the freedom of speech at the slightest provocation, such as those who operate The Hill, don’t realize what is coming: their appeasement won’t silence the demands, but only encourage more, until they are nothing but passive mouthpieces for the Sharia agenda, or mute as the proponents of that agenda advance. They probably won’t realize this until it is far too late.