President Trump had a great response to the hysterical Democrat public relations flacks (you know, the guys who call themselves "journalists") who questioned his approval of Wikileaks' DNC disclosures during the campaign while decrying the wiretaps of Gen. Mike Flynn. 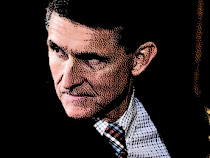 The wiretaps that helped take down Flynn related to his private (and, by the way, perfectly legitimate) conversations with foreign leaders.

With all that said, the only Oversight Committee in Washington -- Judicial Watch -- is chasing the leaker(s) like a pitbull after a filet mignon.

Judicial Watch is planning to sue several government agencies if they do not hand over records related to the wiretapping of former National Security Adviser Michael Flynn... 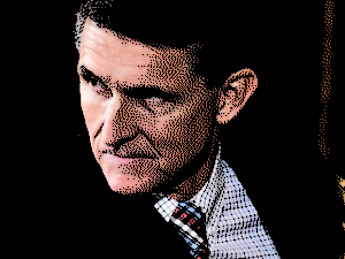 ...The group is aiming to find out whether there was ever a warrant allowing the U.S. government to wiretap Flynn’s phone calls, and if so, who requested it and why.

“If you have a warrant, attached to the warrant 99 percent of the time, there is an affidavit, a sworn declaration normally by a law enforcement officer or senior official,” said [Director of Investigations and Research Chris] Farrell.

...House Intelligence Committee Chairman Devin Nunes (R-CA) highlighted this week that such wiretapping would only be legal if intelligence agencies obtained a warrant or happened upon the conversation while investigating a foreign official.

Nunes speculated that “it’s pretty clear” that there was no warrant.

...Both Nunes and Farrell said the leaking of the phone call is illegal and harmful to national security... the contents of the call would be considered “raw intelligence,” typically handled in a SCIF, or a Sensitive Compartmented Information Facility — an enclosed area in a building used to process types of classified information... All activity and conversation inside a SCIF is restricted from public disclosure.

“It seems that certain government officials were either reading that out loud to a reporter or giving them copies of it” Farrell said.

My suggestion to the President: box 'em all. Box every single one of the possible leakers ("box" refers to using a polygraph to determine counter-intelligence violations).

Go in by surprise and box every one of 'em.

PaddyO' said...
This comment has been removed by the author.
9:40 PM

Simple solution: put ALL possible leakers in one room and announce to them that they will be left alone for one hour to figure out amongst themselves who the leaker(s) are. They have a choice to make - either provide names when the hour is up or ALL of them will be fired and prosecuted.

can we please put someone from the Obama regime in jail?! finally?