WORSE THAN SNOWDEN AND HILLARY? Another NSA Contractor Said to Have Stolen Nation's Most Classified Info

According to an indictment released Wednesday, the information stolen by Harold Martin, a former N.S.A. contractor who was arrested in August of last year, may be far more damaging to the U.S. intelligence community than anything taken by Edward Snowden.

On October 5, the New York Times broke the story that the F.B.I. had arrested an employee of the intelligence community over suspicions the worker had stolen highly classified computer code.

“The contractor was identified as Harold T. Martin III of Glen Burnie, Md., according to a criminal complaint filed in late August and unsealed Wednesday. Mr. Martin, who at the time of his arrest was working as a contractor for the Defense Department after leaving the N.S.A., was charged with theft of government property and the unauthorized removal or retention of classified documents.” 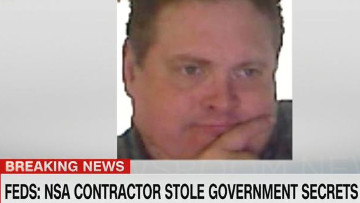 According to the Times, a neighbor saw “two dozen F.B.I. agents wearing military-style uniforms and armed with long guns” storm Martin’s home and later escort the man out in handcuffs.

At the time, there was speculation that Martin could be connected to stolen N.S.A. code that found its way into the hands of a group called the Shadow Brokers — for a period, Martin worked for the elite N.S.A. unit from which the data was taken — but even now, authorities can’t prove he actually passed on any information.

But the mere fact that he possessed such highly sensitive material is enough to put Martin away for the rest of his life, as the recently released indictment indicates.

“For more than two decades,” Business Insider wrote on Thursday, “Martin allegedly made off with highly-classified documents that were found in his home and car that included discussions of the US military’s capabilities and gaps in cyberspace, specific targets, and ‘extremely sensitive’ operations against terror groups, according to an indictment released Wednesday.”

The indictment gives the public a much clearer look at the type of data Martin allegedly stole. And next to Edward Snowden, whose security clearance limited the documents he took to mostly training materials, it appears Harold Martin’s reach went far further into the national intelligence community.

Martin is charged with 20 counts of having unauthorized possession of classified material. The government alleges that over this long intelligence career, the 51-year-old took material from the N.S.A., the National Reconnaissance Office, U.S. Cyber Command, and even the C.I.A.

Some of the items allegedly taken, according to text from the indictment, include:

A USCYBERCOM document, dated August 17, 2016, discussing capabilities and gaps in capabilities of the US military and details of specific operations.

A description of the technical architecture of an NSA communications system.

An outline of a classified exercise involving real-world NSA and US military resources to demonstrate existing cyber intelligence and operational capabilities.

Martin’s first court appearance is set for February 14. If found guilty, he faces up to 200 years in prison.