BALTIMORE SUN: Say, Could Someone Explain Why Illegal Aliens Are Treated Better Than U.S. Citizens in Court?

On the bright side, illegal aliens are mostly not responsible for the massive spike in crimes, shootings, stabbings, and murders in Charm City. What with all that crime, one can understand that the police would have illegals as lower rungs on the ladder. But, they still go after people who violate traffic laws, do they not?

Of course, the number of police working for Baltimore has dropped precipitiously since the city decided to demonize the police. And then we have this:

Illegal immigrants get off easy in Baltimore 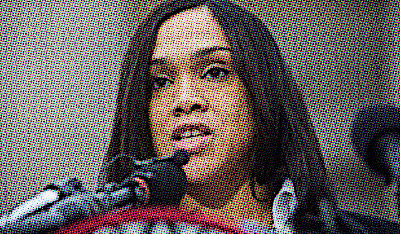 Baltimore’s State’s Attorney’s Office now has two sets of rules: one for citizens and legal immigrants, and one for illegal immigrants. In an April 27 memorandum, Marilyn Mosby’s office “instructed prosecutors to think twice before charging illegal immigrants with minor, non-violent crimes in response to stepped up immigration enforcement by the Trump administration

This follows assurances from Commissioner Kevin Davis of the Baltimore Police Department (BPD) to the city’s immigrant community that officers don’t “care about your immigration status.”

Ambivalence toward the federal government is not new in Baltimore. These actions take that ambivalence to a new level that is inconsistent with requests Mayor Catherine Pugh has made of the Trump Administration. In December, Mayor Pugh met with newly elected President Donald Trump at the Army-Navy game to request infrastructure funding from the incoming administration. She subsequently has asked for federal help with housing and education, and sought the FBI’s assistance in tackling the city’s high crime rate. (snip)

The city’s high crime rate and its admitted dependence on federal help in responding to it make the positions of the BPD and the Baltimore City State’s Attorney’s Office with respect to illegal immigrant criminals all the more inexplicable. Why would the Trump administration agree to the city’s request for more federal criminal assistance if the police and prosecutors go easy on illegal immigrant criminals? Unlike the funding in the federal case addressing the president’s executive order on sanctuary cities, the assistance requested by Mayor Pugh is purely prospective, and the president could simply say “no” without legal ramifications.

It’s one thing to prioritize law enforcement in a Democratic Party controlled city that has a “biggly” crime issue. It’s something entirely else to heavily suggest that prosecutors not charge already caught illegals with the crimes they committed in order to avoid federal authorities catching wind and coming to pick the illegals up. It’s also against their oaths of office, not to mention Maryland and federal law.

This would be blatant discrimination in legal system decisions. While the legal citizen/resident may be charged with, say, DUI, the illegal alien will be let go with no penalties. Besides being utterly inappropriate and, at best, legally shady and violations of the Maryland Bar, along with state and federal statutes, it could lead to lawsuits, as has happened before in Charm City over discriminatory charging tactics.

Glad I live in Texas where we just outlawed Sanctuary Cities.

I think you can blame most Baltimore's Police problems on Ms. Mosby. And this latest action as well.