House Judiciary Committee member Representative Trent Franks (R-AZ) is calling on Robert Mueller, special counsel for the Department of Justice’s Russia investigation, to resign over a "conflict of interest" resulting from a personal relationship with James Comey -- a person of interest in the investigation.  Per the Washington Examiner:

"Bob Mueller is in clear violation of federal code and must resign to maintain the integrity of the investigation into alleged Russian ties," Franks said. "Those who worked under them have attested he and Jim Comey possess a close friendship, and they have delivered on-the-record statements effusing praise of one another."

..."No one knows Mr. Mueller's true intentions, but neither can anyone dispute that he now clearly appears to be a partisan arbiter of justice. Accordingly, the law is also explicitly clear: he must step down based on this conflict of interest," Franks said.

..."Already, this investigation has become suspect – reports have revealed at least four members of Mueller's team on the Russia probe donated to support Hillary Clinton for President, as President Trump pointed out. These obviously deliberate partisan hirings do not help convey impartiality," Franks said. "Until Mueller resigns, he will be in clear violation of the law, a reality that fundamentally undermines his role as Special Counsel and attending ability to execute the law."

Comey served as deputy attorney general during Mueller's FBI tenure, and the two bonded in pushing back in 2004 against then-Attorney General Alberto Gonzalez's efforts to expand domestic surveillance.

That relationship could come into play as Mueller reportedly investigates whether Trump's dismissal of the FBI director constituted obstruction of justice amid the bureau's probe into whether Russian agents coordinated cybercrimes with the Trump campaign.

As we've pointed out before, several of Mueller's early, notable hires have all been contributors to Hillary's and/or Obama's previous campaigns and Jeannie Rhee actually represented the Clinton Foundation. 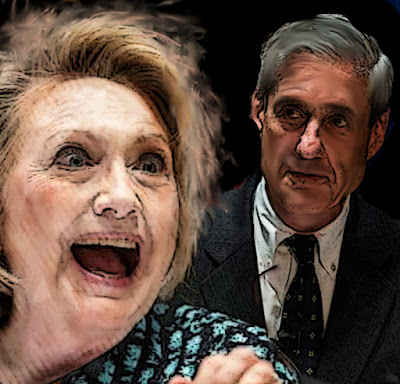 Michael Dreeben, who serves as the Justice Department’s deputy solicitor general, is working on a part-time basis for Mueller, The Washington Post reported Friday.

...Dreeben donated $1,000 dollars to Hillary Clinton’s Senate political action committee (PAC), Friends of Hillary, while she ran for public office in New York. Dreeben did so while he served as the deputy solicitor general at the Justice Department.

...Before he worked at the FBI or Justice Department, Weissman worked at the law firm Jenner & Block LLP, during which he donated six times to political action committees for Obama in 2008 for a total of $4,700.

...James Quarles, who served as an assistant special prosecutor on the Watergate Special Prosecution Force, has donated to over a dozen Democratic PACs since the late 1980s. He was also identified by the Washington Post as a member of Mueller's team.

...Starting in 1987, Quarles donated to Democratic candidate Michael Dukakis’s presidential PAC, Dukakis for President. Since then, he has also contributed in 1999 to Sen. Al Gore’s run for the presidency, then-Sen. John Kerry’s (D-Mass.) presidential bid in 2005, Obama’s presidential PAC in 2008 and 2012, and Clinton’s presidential pac Hillary for America in 2016.

Of course, any effort to forcibly remove Mueller would undoubtedly result in Maxine Waters once again calling for Trump's impeachment and somehow we suspect that Mueller would have already stepped down if he thought his relationship with Comey was a real conflict...so don't expect the status quo to change anytime soon.

Justice for me but not for thee


when will a Democrat Communist be held responsible for anything....never

Do you know that you can hack any ATM machine !!!

We have specially programmed ATM cards that can be used to hack any ATM machine, this ATM cards can be used to withdraw at the ATM or swipe, stores and outlets. We sell this cards to all our customers and interested buyers worldwide, the cards has a daily withdrawal limit of $5000 in ATM and up to $50,000 spending limit in stores. and also if you in need of any other cyber hacking services, we are here for you at any time any day.