Newly-released data shows that the vast majority of women are failing to pass Marine Corps combat fitness requirements at boot camp, while virtually all men are making it through to the next stage.

A total of 51 female Marine recruits arrived at boot camp with the intent of joining combat arms, but just 25 percent of the women passed the MOS Classification Standard, which is a test for combat jobs, Marine Corps Times reported Friday.

That is, only 13 women met base requirements.

However, the rate of passage for the men who went to boot camp with the same aim over the same time period of Oct. 1 to May 31 was 96 percent.

While the fail rate for women was three out every four, it is not dissimilar from the rate reported in 2016. 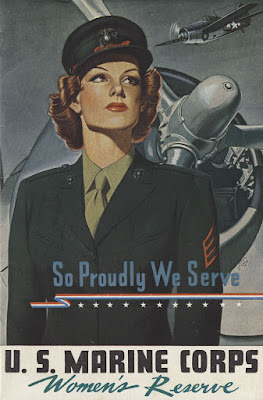 Six out of 24 female recruits passed MOS Classification Standard in Fiscal Year 2016, which is exactly 25 percent. For men, the rate was also the same, with 4,577 of 4,754 men passing at a figure of 96 percent.

After the MOS Classification Standard, recruits have to also pass MOS Specific Physical Standards, which vary by job and are gender neutral.

For retired Lt. Col. Kate Germano, the Marine Corps needs to increase its screening of women who sign up to be recruits. Germano believes that if the service steps up screening, the number of women who fail will markedly decrease.

“Until the Marine Corps truly holds recruiters accountable for selling women on these new jobs and basically saying, ‘Hey, look: I recognize this glimmer of potential in you and I know you have what it takes and I’m going to help you get there,’ we’re going to continue to see these dismal numbers, and it’s exactly what the Marine Corps wants, because they don’t really want women in these fields anyway,” Germano told Marine Corps Times.

In the meantime, the Marine Corps is considering allowing women to join combat training in Southern California currently restricted to men, in an attempt to combat the problem of sexism in the ranks.

Our combat readiness is being drained as well as our countries treasure.

We can increase our combat readiness by recruiting the handicapped and disabled. Think of the vast pools of talent that could be unleashed.

I'd volunteer but being a man trapped in the body of a raccoon currently transitioning to a gerbil I have to wait till the transformation is complete. Till then I remain the Dean of Admissions for Princeton University.

If I didn't know better, and didn't realize that it's a firing offense to comment on the fact- I'd think that perhaps, just maybe- women are different than men.