Delightful news coming to us from the Imperial City of Washington, where Speaker Paul Ryan (O-get it?) is reported to be plotting yet another major amnesty initiative.

Ryan is said to be using the humungous year-end spending bill as a Trojan Horse to conceal an amnesty plan for nearly 800,000 illegal aliens.

Fortunately, as Breitbart's John Binder reports, Sen. Tom Cotton (R-AR) appears to be organizing serious opposition to Ryan's plan. In a brief tweet, Cotton said that it is “not just House conservatives” who will fight Ryan's plan, but also a range of Republican senators. 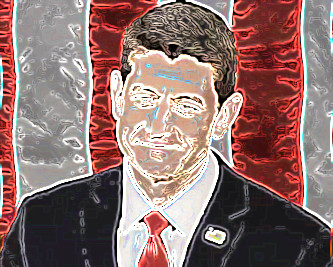 Paul Ryan, one can safely assume, is a bought-and-paid-for tool of the Chamber of Commerce.

Ryan and his fellow RINO sellouts don't care about the American people.

They care about money, which is what the Chamber offers.

Paul Ryan married a gal from a wealthy family, but I suspect his personal coffers have gotten all swole up over the last few years thanks to his ceaseless efforts to violate American immigration law.

Ryan is as worthless as any Democrat. Another RINO with a privileged background, worthless degree, and little real world experience.

How do the folks in his district keep electing this swamp weasel?

Let's not forget the money he took from the Clintons and George Soros. This unctuous money grubbing turd needs to be tossed out on his keister.

Ryan Belongs In Prison. Will the derps in Wisconsin reelect the bastard?

I pray that the people of Wisconsin vote him out in the primary. I hope most of America does that for all of Congress as there is few that I would want to keep.

Will the derps in Wisconsin reelect the bastard?