Yes, I said it: the Russian government and its proxies were involved in all types of collusion with actors in the U.S.

It turns out, though, that said actors included Hillary Clinton, Barack Obama and then FBI-director Robert Mueller. They knew the Russians were leveraging bribes, kickbacks and extortion to gain control of America's uranium.

Russian payments to key Democrat actors included $145 million to the Clinton Foundation and $500,000 to Bill Clinton for a single speech. 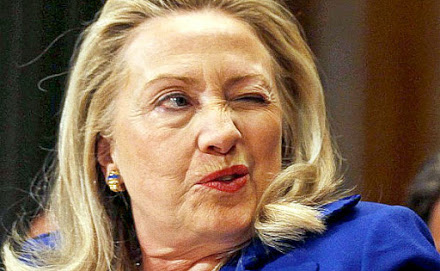 The FBI even tracked millions of dollars flowing from Russian nuclear officials, through cutouts, to the Clinton machine.

Forgot to mention: Hillary Clinton held a pivotal role on the federal board that had to approve the transfer of U.S. uranium to foreign interests, "a deal with profound national security implications".

She called the payments a "coincidence".

Oh, best of all: the Obama White House hid the entire investigation from Congressional oversight.

Prison is too good for this cast of miscreants. And just imagine what blackhole this particular report would have dropped into had ***shudder*** Hillary Clinton been selected president.

Nothing to see here, move along

Fucking crooks, all of them.