In 2012, Warren Admitted She Indicated Her Supposed Native American Heritage To Both Harvard And Penn Law Schools After Saying She Had No Recollection Of Doing That 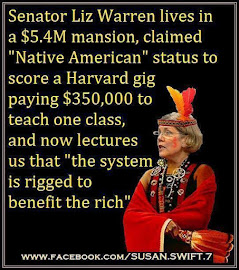 Warren Said “At Some Point After” She Was Hired By Harvard And Penn, She “Provided That Information.” “‘At some point after I was hired by them, I . . . provided that information to the University of Pennsylvania and Harvard,’ she said in a statement issued by her campaign. ‘My Native American heritage is part of who I am, I’m proud of it and I have been open about it.’” (Mary Carmichael and Stephanie Ebbert, “Warren Says She Told Schools Of Heritage,” The Boston Globe, 5/31/12)

But, Warren Repeatedly Said Previously She Didn’t Know How Harvard Came To List Her As A Native American 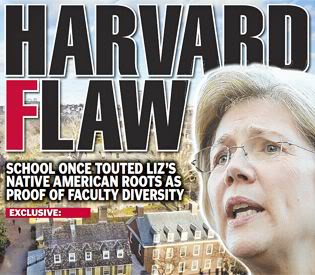 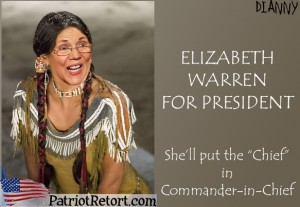 Warren Listed Herself As A Minority Professor In Faculty Directories From 1986 Until 1995. “Despite claiming she never used her Native American heritage when applying for a job, Elizabeth Warren’s campaign admitted last night the Democrat listed her minority status in professional directories for years when she taught at the University of Texas and the University of Pennsylvania. From 1986 to 1995, Warren’s name is included in the Association of American Law Schools’ annual directory of minority law teachers, according to records obtained by the Herald.” (Chris Cassidy, “Liz Listed Self As Minority In Professional Directories,” The Boston Herald, 4/30/12)

Warren Was Listed As A Minority In The Directories While She Was A Professor At The University Of Texas And University Of Pennsylvania, But Ceased Listing Herself As A Minority When She Began Teaching At Harvard. “The Association of American Law Schools desk book, a directory of law professors from participating schools, includes Warren among the minority law professors listed, beginning in 1986 and continuing through 1995. The years include time she spent teaching at the University of Texas and the University of Pennsylvania, before she joined the faculty at Harvard Law.” (Stephanie Ebbert, “Directories Identified Warren As Minority,” The Boston Globe, 4/30/12)

Warren Initially Said She Listed Herself As A Minority In The AALS Directory In The Hopes She Would Be Invited To A Luncheon So She Could Meet “People Who Are Like I Am,” And Stopped Listing Herself When That Never Happened “Fending off questions about whether she used her Native American heritage to advance her career, Elizabeth Warren said yesterday she enrolled as a minority in law school directories for nearly a decade because she hoped to meet others with tribal roots. ‘I listed myself in the directory in the hopes that it might mean that I would be invited to a luncheon, a group, something that might happen with people who are like I am,’ Warren said. ‘Nothing like that ever happened, that was clearly not the use for it, and so I stopped checking it off.’” (Hillary Chabot and Chris Cassidy, “Liz: I Just Wanted To Find Others Like Me,” The Boston Herald, 5/3/12)

A University Of Texas Personnel Document Listed Warren As “White.” “In addition, a newly unearthed University of Texas personnel document shows that Warren listed herself as white when she taught at the law school there on and off from 1981 to 1991.” (Noah Bierman, “Records Conflict On Warren Ethnicity,” The Boston Globe, 5/11/12)

Warren Did Not Apply To Rutgers Law School In 1973 As A Minority Student. “A section of Warren s 1973 application to Rutgers, where she went to law school was more direct. That document specifically asks: Are you interested in applying for admission under the Program for Minority Group Students? Warren answered no.” (Noah Bierman, “Records Conflict On Warren Ethnicity,” The Boston Globe, 5/11/12) 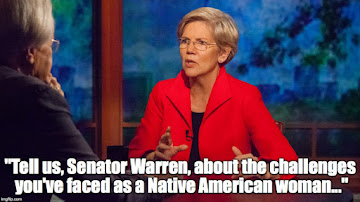 Warren’s Campaign Said Tales Of Her Cherokee And Delaware Ancestry Have Been Passed Down Through “Family Lore.” “Ms. Warren, who grew up in Oklahoma, has said that her maternal ancestors were members of the Cherokee and Delaware tribes, an assertion that she said was based on ‘family lore.’” (Katharine Q. Seelye and Abby Goodnough, “Candidate For Senate Defends Past Hiring,” The New York Times, 5/1/12)

Warren Claimed That Being Native American Has Been Part Of Her Story “Since The Day I Was Born.” “‘Being Native American has been part of my story I guess since the day I was born,’ said Warren, who never mentioned her Native American heritage on the campaign trail even as she detailed much of her personal history to voters in speeches, statements and a video. ‘These are my family stories, I have lived in a family that has talked about Native American and talked about tribes since I was a little girl.’” (Hillary Chabot, “Warren: I Used Minority Listing To Make Friends,” The Boston Herald, 5/2/12)

In Warren’s 2014 Memoir, “A Fighting Chance” She Said “Everyone On Our Mother’s Side…Talked Openly About Their Native American Ancestry.” “Everyone on our mother’s side — aunts, uncles, and grandparents — talked openly about their Native American ancestry,” Warren wrote in her 2014 memoir “A Fighting Chance.” “My brothers and I grew up on stories about our grandfather building one-room schoolhouses and about our grandparents’ courtship and their early lives together in Indian Territory.” (Adam Howard, “What’s Behind Trump’s ‘Pocahontas’ Attack On Sen. Elizabeth Warren?” MSNBC, 05/16/16)

The Boston Herald Initially Reported That The New England Historic Genealogic Society’s (NEHGS) Christopher Child Found That Warren’s “Great-Great-Great Grandmother” Is Listed As Cherokee, Making Warren 1/32 Cherokee. “Desperately scrambling to validate Democrat Elizabeth Warren’s Native American heritage amid questions about whether she used her minority status to further her career, the Harvard Law professor’s campaign last night finally came up with what they claim is a Cherokee connection – her great-great-great grandmother. ‘She would be 1/32nd of Elizabeth Warren’s total ancestry,’ noted genealogist Christopher Child, referring to the candidate’s great-great-great grandmother, O.C. Sara Smith, who is listed on an Oklahoma marriage certificate as Cherokee. Smith is an ancestor on Warren’s mother’s side, Child said.” (Hillary Chabot, “Lizzy’s Great, Great, Great Escape; Cherokee Tie Found 5 Generations Ago,” The Boston Herald, 05/01/12)

The Washington Post’s Sean Sullivan Notes, Warren Has “Never Substantiated Her Claim With Documentation.” “Warren claims she has Native American ancestry. She’s never substantiated her claim with documentation, saying she learned of her background from her family.” (Sean Sullivan, “Donald Trump Just Called Elizabeth Warren ‘The Indian.’ Here’s What That’s All About,” The Washington Post, 03/21/16)

Ancestrydotcom is offering DNA tests for $49 right now, Lizzie. You can clear up the mystery PDQ!