The confirmation of Rod Rosenstein as Deputy Attorney General by a lopsided 94-6 vote should have set off warning bells. It is odd that a Trump nominee would get so much Democrat support, if any at all. But Rosenstein's role in appointing his pal Robert Mueller to lead a fraudulent "Russian collusion" probe -- as well as his history of looking the other way when Hillary Clinton is involved -- shows the Democrats had high hopes for Rosenstein. These hopes were realized by his actions that have been documented in the four-page House Intelligence Committee memo:

The renewal shows that the Justice Department under President Trump saw reason to believe that the associate, Carter Page, was acting as a Russian agent…

The memo’s primary contention is that F.B.I. and Justice Department officials failed to adequately explain to an intelligence court judge in initially seeking a warrant for surveillance of Mr. Page that they were relying in part on research by an investigator, Christopher Steele, that had been financed by the Democratic National Committee and Hillary Clinton’s presidential campaign

Steele’s discredited “research,” which relied heavily on input from Russian sources, was paid for by the DNC and the Hillary Clinton campaign, which puts Rosenstein in the position of aiding the efforts of one political party to overturn the results of an election won by the other political party by okaying domestic spying on an American citizen.

When the newly departed Deputy FBI Director Andrew McCabe testified for seven hours before the House Intelligence Committee, he was unable to report that the FBI had corroborated anything in the Steele dossier, except for the fact that Carter Page had visited Russia:

Investigators say McCabe recounted to the panel how hard the FBI had worked to verify the contents of the anti-Trump “dossier” and stood by its credibility. But when pressed to identify what in the salacious document the bureau had actually corroborated, the sources said, McCabe cited only the fact that Trump campaign adviser Carter Page had traveled to Moscow. Beyond that, investigators said, McCabe could not even say that the bureau had verified the dossier’s allegations about the specific meetings Page supposedly held in Moscow.

Based on the flimsiest of evidence in a fake Russian dossier paid for by Democrats the surveillance of Carter Page began and was reauthorized by Rosenstein. Page has vehemently denied the allegations in the dossier and has sought the release of the memo to show its falseness and to show the DOJ of Rod Rosenstein and the FBI of Andrew McCabe colluded with the Democrats to keep Hillary Clinton out of prison and Donald Trump out of the White House:

The former Trump campaign adviser who was spied on by the U.S. government prior to the 2016 election is “very much” in favor of the release of a controversial congressional memo alleging abuses of the surveillance warrant application process…

Page pressed for the release the FISA application in a May 14 letter to Deputy Attorney General Rod Rosenstein. 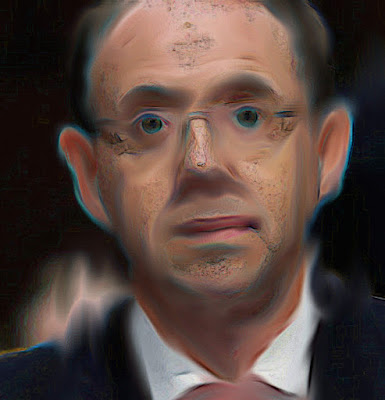 “If FISA warrants indeed exist as has been extensively reported, wide-ranging false evidence will be inevitably revealed in light of the fact that I have never done anything remotely unlawful in Russia or with any Russian person at any point in my life,” he wrote.

Page has vehemently denied the allegations made against him in the dossier, which was put together by former British spy Christopher Steele, commissioned by opposition research firm Fusion GPS, and financed by the Clinton campaign and DNC.

In the 35-page dossier, Steele alleges that Page was the Trump campaign’s main backchannel to the Kremlin for the purposes of campaign collusion. Steele claims that Page was working with former Trump campaign chairman Paul Manafort, and that during a trip to Moscow in July 2016, he met secretly with two Kremlin cronies, Igor Sechin and Igor Diveykin.

The dossier also alleges that it was Page who “conceived and promoted” the idea of having hacked DNC emails released through WikiLeaks in order to swing Bernie Sanders supporters away from Hillary Clinton and into the Trump camp.

Page denies all of the claims. He says he does not know Manafort and has never spoken with Sechin and Diveykin.

Needless to say, Rosenstein did not grant Page’s request to see the FISA application to determine how much it was based on Steele’s fake dossier. Nor has he expressed any dissatisfaction with the Mueller witchhunt he was responsible for launching,

In an interview with a local D.C. TV station, Rosenstein admired the monster he created, who now runs an alleged investigation into supposed Russia-Trump collusion but which quickly morphed into what amounts to a silent coup against a sitting President of the United States:

The U.S. Department of Justice official who appointed special counsel Robert Mueller to investigate Russian efforts to influence the 2016 presidential election said he is satisfied with the special counsel’s work…

Yes, Mr. Rosenstein, you certainly are accountable for the Mueller witchhunt. Mueller has picked staff and prosecutors as if he were stocking Hillary Clinton’s Department of Justice. He has picked a bevy of Clinton donors, an attorney who worked for the Clinton Foundation, a former Watergate assistant prosecutor, and even a senior advise to Eric Holder. Objective professionals all.

Oh, what tangled webs Rosenstein and the FBI have woven! Republican lawmakers, needless to say, are not amused at all this, casting the obvious doubts on Rosenstein’s praise of Special Counsel Mueller:

Several conservative lawmakers held a news conference Wednesday demanding more details of how the FBI proceeded last year in its probes of Hillary Clinton’s use of personal email and Russian election interference. This week, the conservative group Judicial Watch released an internal Justice Department email that, the group said, showed political bias against Trump by one of Mueller’s senior prosecutors….

“The question really is, if Mueller was doing such a great job on investigating the Russian collusion, why could he have not found the conflict of interest within their own agency?’’ Rep. Mark Meadows (R-N.C.) asked at the news conference. Meadows, leader of the Freedom Caucus, cited a litany of other issues that he said show bias on the part of the FBI and Mueller, including past political donations by lawyers on Mueller’s team.

A good question Rosenstein won’t answer. Rosenstein is satisfied with Mueller, and why shouldn’t he be? The two go back a long way and cooperated in the coverup of an FBI investigation into Russia’s use of bribes, kickbacks, and money laundering to grab U.S. uranium supplies and real collusion with Hillary Clinton, only to resurface years later to chase phantom collusion between Team Trump and Russia.

Mueller and Rosenstein were both involved in the FBI investigation dating back to 2009, with current Deputy Attorney General Rod Rosenstein and Special Prosecutor Robert Mueller up to their eyeballs in covering up evidence of Hillary’s collusion, bordering on treason, with Vladimir Putin’s Russia:

Prior to the Obama administration approving the very controversial deal in 2010 giving Russia 20% of America’s Uranium, the FBI had evidence that Russian nuclear industry officials were involved in bribery, kickbacks, extortion and money laundering in order to benefit Vladimir Putin, says a report by The Hill…

John Solomon and Alison Spann of The Hill: Federal agents used a confidential U.S. witness working inside the Russian nuclear industry to gather extensive financial records, make secret recordings and intercept emails as early as 2009 that showed Moscow had compromised an American uranium trucking firm with bribes and kickbacks in violation of the Foreign Corrupt Practices Act, FBI and court documents show…

From today’s report we find out that the investigation was supervised by then-U.S. Attorney Rod Rosenstein, who is now President Trump’s Deputy Attorney General, and then-Assistant FBI Director Andrew McCabe, who is now the deputy FBI director under Trump.

Robert Mueller was head of the FBI from Sept 2001-Sept 2013 until James Comey took over as FBI Director in 2013. They were BOTH involved in this Russian scam being that this case started in 2009 and ended in 2015.

If evidence of bribery, kickbacks, extortion, and money laundering in the Uranium One affair were not grounds for a special prosecutor assigned to investigate Hillary Clinton, then what is? Rosenstein’s goal apparently has long been to shield Hillary Clinton from prosecution for her crimes and to use any means to bring down the Trump administration he supposedly was appointed to serve. Now he has stooped so low as to employ a fake Russian dossier in a witchhunt the late Sen. Joseph McCarthy could only envy

Rosenstein, Mueller, McCabe et al have used the office of special counsel and a politicized the FBI and DOJ to conduct a silent coup against a duly elected president and are unindicted coconspirators in Hillary’s crimes. They should be the targets of their very own special counsel.