HOW A REPUBLIC DIES: The Federal Leviathan Wages All-Out War With a Duly Elected President 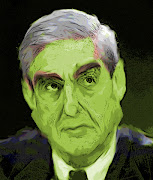 In the early seventies, political operatives disguised as delivery men broke into a Washington D.C. office. These efforts to spy on the political opposition would culminate in what we know as Watergate.

In the late teens, political operatives disguised as FBI agents, NSA personnel and other employees of the Federal government eavesdropped, harassed and raided the offices of the political opposition.

The raids of Michael Cohen’s hotel room, home and office are just this week’s Watergate.

Political operatives have now seized privileged communications between the President of the United States and his lawyer. Despite fairy tales about a clean process, these communications will be harvested by the counterparts of Peter Strzok, who unlike him are still on the case at the FBI, some of it will appear in the Washington Post and the New York Times, and some will be passed along to other political allies.

That’s what happened at every juncture of Watergate 2.0. And it only follows that it will happen again.

Just like the eavesdropping, the process will be compartmentalized for maximum plausible deniability. The leakers will be protected by their superiors. The media will shrilly focus the public’s attention on the revelations in the documents rather than on the more serious crimes committed in obtaining them.

Nixon couldn’t have even dreamed of doing this in his wildest fantasies. But Obama could and did. Now his operatives throughout the government are continuing the work that they began during his regime. 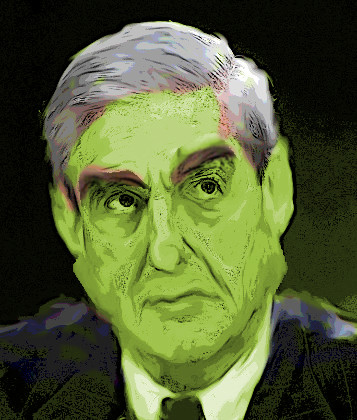 Attorney-client privilege is just one of those rights we have to give up to protect ourselves from a conspiracy theory invented by the Clinton campaign. (But no amount of dead Americans can ever justify ending immigration from Islamic terror states or deporting illegal alien gang members.)

We are at the latest stage of a process that began when the Clinton campaign funded a dossier alleging foreign ties by her political opponent. It did this using a law firm while lying on its FEC disclosures about payments to that firm. (But unlike Cohen, Hillary’s lawyers will never be raided by the FBI.)

That dossier was then used to justify eavesdropping on Trump associates by political allies in the State Department, the FBI, the CIA and the National Security Council. This wasn’t really breaking new ground. Obama had already been caught using the NSA to spy on members of Congress opposed to his Iran Deal.

The contents of the dossier were rambling nonsense. Its claims about Michael Cohen were easily disproven. But that covert investigation was transformed into an overt one with Mueller. And Mueller’s very public investigation follows the same path as the secret investigation by Obama associates. Both used the dubious claims of the Clinton dossier as the starting point for an endless fishing expedition.

Eavesdrop enough, raid enough, squeeze enough and you will eventually find something. And even if you don’t, you can always manipulate them into denying something and nail them for lying to the FBI.

Keep squeezing and maybe you’ll even find someone willing to lie under oath for you.

Mueller has yet to deliver on Russian collusion. But Susan Rice and Samantha Power couldn’t do it either. Instead they all assembled a vast network of international conspiracy theories whose only purpose is to justify more raids, more eavesdropping and more fishing expeditions.

These are the police state tactics usually used by Communist dictatorships where domestic security agencies accuse the political opposition of treason, spy on them, raid their homes on fake charges and then look for anything that can be used to put them away. Just like in Russia. And for the same reasons.

Russian domestic security agencies, from the KGB to the FSB, used these tactics against political opponents who might pose a threat to their rule. That is exactly what’s happening here.

This isn’t just an ideological war. Washington D.C. is fighting to suppress a political revolution.

Even Obama and Hillary’s political operatives couldn’t have pushed the DOJ and other agencies this far outside their comfort zone under ordinary circumstances. There had been previous abuses of power, under JFK, LBJ, Nixon and Clinton, but there has been nothing like this since the Alien and Sedition Acts or Madison’s Machiavellian scapegoating of the Federalists for the disastrous War of 1812.

To apolitical operatives like Mueller, Strzok and their many allies in the FBI, Trump is an unprecedented threat to the business of the Federal government. They shrug at the economy or tax reform, except where it affects them. And social issues don’t move them either. They are as interested in the ideological left-right battles as the nomenklatura were in the works of Karl Marx.

There are indeed two Americas. One is your country. The other consists of the people who run it. Both have their headquarters in Washington D.C. And they get along pretty well most of the time.

The people are allowed to vote for whomever their party chooses. They can even vote for less respectable choices as long as they understand that those people will never get anywhere. Then the people they select will go to Washington D.C. and be briefed on what they can and can’t do. There they will rent pricey condos, bicker with each other, eat at nice restaurants and, in theory, make laws.

Then the nomenklatura, the bureaucracy that runs the country, will transform laws into policy. The policy will be shaped by judicial rulings and expert opinion. By the time the policy sausage comes out the other end of the Imperial City, it will have very little to do with what the voters might have wanted.

There are plenty of gatekeepers to keep a common sense idea from being implemented. If a congressman proposes that sensible measure you suggest to him, it will never leave the committee or it’ll be watered down. The Senate will neuter it or the president, on the advice of his advisors, will veto.

And then came Trump.

The gates began to collapse. The nomenklatura propped them up. Judicial rulings were used to block everything. The petty bureaucracies within government agencies stalled and sabotaged. Former agency bosses, their internal allies and the media colluded to target Trump’s agency heads with scandals.

Mueller is the tip of the nomenklatura’s spear. The DOJ is the bluntest weapon in the D.C. arsenal and for the first time it’s been completely unleashed to undo the results of a presidential election.

The same leftists that fought for the civil rights of terrorists and drug dealers, cheer government eavesdropping on the political opposition and the violation of attorney-client privilege because it was never about civil rights, it was about protecting their political allies and punishing their enemies.

Radical movements are inherently totalitarian. And totalitarians view process, whether of elections or criminal justice proceedings, as a train that they ride until they take power and then disembark.

As Roger Nash Baldwin, a co-founder of the ACLU, wrote, “If I aid the reactionaries to get free speech now and then… it is only because those liberties help to create a more hospitable atmosphere for working class liberties... When that power of the working class is once achieved, as it has been only in the Soviet Union, I am for maintaining it by any means whatever.”

The working class of Washington D.C. has achieved quite a bit of power along with a fortune in overseas bank accounts, mansions, private schools and all the privileges of membership in the ruling class.

But the leftists cheering Mueller’s abuses might pause to consider the consequences.

The Romans broke their republic. Now we’re breaking ours. The pink hat brigade enlisted the Praetorian Guard to bring down Trump. But the Roman lesson is that once you break the republic, it stays broken. Once you use political mercenaries like Mueller to overturn an election for you, they might not stop.

The left likes to believe that it can close Pandora's Box whenever it pleases. History tells us differently.

The Praetorian Guard didn’t stop. What can be done once, will be done again. When control of the DOJ and FBI matters more than elections, then voters will be irrelevant and the Praetorian of D.C. will rule.

And then a new Watergate really will happen every week.

Thank you for the article.